Emerging technology is helping lower the cost of solar power

New technology could mean a major decrease in the cost of solar energy and make this form of clean power a more attractive investment. A new study from the Northwestern University and the Department of Energy suggests that perovskite cells show major promise for the solar power sector. The study notes that these cells can repay their energy costs more than 10 times faster than conventional solar cells, which are typically based on silicon. Perovskite cells are also somewhat more efficient and may help make solar energy more attractive in terms of cost.

Perovskite cells are becoming more popular in the solar market

Perovskite is a calcium titanium oxide that has become a very popular material in the solar energy space. Perovskite solar cells have show significant promise in terms of making solar energy more efficient and less expensive. These types of solar cells are the fastest growing photovoltaic technology in the solar market. Their commercialization is being aided by their low cost, and more organizations interested in solar power are beginning to show strong support for these solar cells. 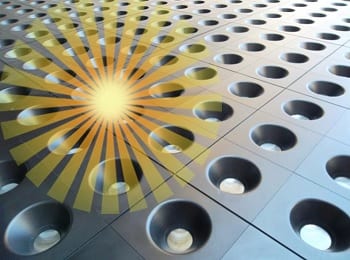 The study from the Northwestern University shows that perovskite cells have an energy payback time of two to three months. The energy systems are able to repay their cost if a very short amount of time; considerably less than silicon-based solar cells. The study also found that these solar cells could be made less expensive through better manufacturing methods and changes in how perovskite material is being used. The problem, however, is that these solar cells are not as durable as their silicon-based counterparts, which have a 20 year lifespan.

The cost of solar energy has fallen considerably over the past several years. This is largely due to the emergence of new technologies that have helped mitigate costs. As solar energy becomes less expensive, adoption is growing quickly, especially in the residential sector where homeowners are looking to abandon fossil-fuels and save money on energy costs.