UK is able to establish a clean transportation infrastructure by 2050

The United Kingdom is capable of developing the infrastructure needed to support low emission vehicles in the future, according to a new report from the Low Carbon Vehicle Partnership (LowCVP). The UK government has become very interested in clean transportation and has been investing in the development of the appropriate infrastructure that will support these vehicles. While the UK has the ability to establish this infrastructure, cooperation will be needed in order for it to become a reality.

Public support will be instrumental in the development of a clean transportation infrastructure. This support, coming in the form of investments, will help new fueling stations, and charging stations, take form in various parts of the country. As an infrastructure grows, coordination among government agencies and companies interested in clean transportation will become vital to the continued growth of new fueling stations.

UK to invest more than $10 billion in infrastructure development 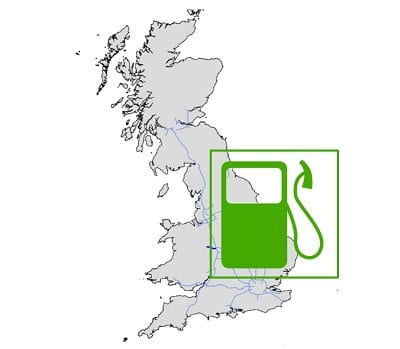 The report from LowCVP estimates that the UK will need to invest more than $10 billion through 2050 in order to support clean infrastructure. This infrastructure will make it possible for the country to meet its emission reduction goals in the future. One of the challenges associated with building an infrastructure, however, has to do with making clean vehicles, those that do not produce emissions during operation, attractive to consumers. Without consumers purchasing and using these vehicles, infrastructure efforts will have limited effect.

Making clean vehicles attractive to consumers will be a major challenge

The UK is interested in becoming a clean transportation hub, where many different kinds of low carbon vehicles are sold and put into operation. It may take several years before this goal is accomplished, however, as consumers have shown limited interest in clean vehicles due to their high cost and the lack of a comprehensive infrastructure designed to support them. If an infrastructure can be established, clean vehicles may attract more attention from consumers that are environmentally conscious.