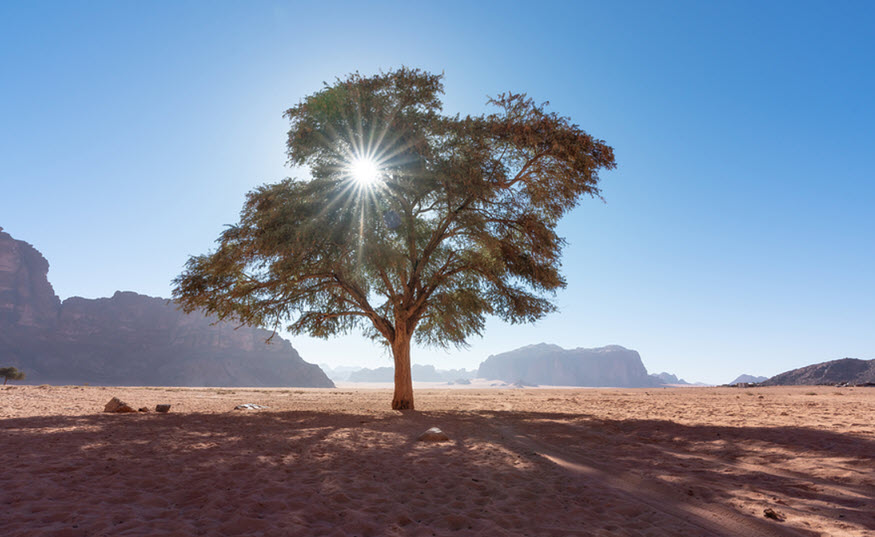 Climate change has created a massive water crisis throughout the world. As any grade school student knows, three-quarters of the world surface is covered by water. However, the amount of water that is available for consumption is a small sliver of that. As the earth heats up, water resources are becoming more unevenly distributed as climates shift.

Middle Eastern countries might need to take new precautions to deal with the looming water shortage. This might entail changing the way that water is used throughout the region. Fortunately, they might be able to address these concerns with core logging logistics tools and other technology.

The state of the Middle Eastern water crisis

Water shortages have been a major problem in the Middle East for centuries. Ancient civilizations were able to thrive when they were built near major rivers. The Nile River gave birth to the Egyptian empire. Mesopotamia was the first civilization in the world and was able to rise as a result of the Mesopotamian river.

Many other countries have struggled in this area, though. One of the major reasons is that what are supplies in the Middle East have been heavily concentrated in some areas, while others are almost entirely barren.

The problem isn’t just a result of uneven distribution of water resources. The overall supply of water in the Middle East is also a concern. The Middle East is home to 6% of the world’s population, but less than 1% of all available drinking water.

The statistic underscores how severe of a concern that water shortages are in this part of the world. Many emerging markets are showing tremendous potential in the Middle East. Unfortunately, this promising economic growth could be quickly cut short due to worsening water shortage is inflicting countries in this arid part of the world.

Some Middle Eastern countries like Israel are taking some steps to fix this crisis. But more needs to be done.

How is most water used in the middle east?

This is a bit of a loaded question, because it varies a little from country to country. However, it is clear that the majority of water in the Middle East is used for agriculture.

According to Quizlet, 66% of the water in the middle east is reserved for agricultural purposes. The growing demand for water in the agricultural sector is likely to put a strain on many communities, as they are unable to make up for the lack of water for other uses, such as sanitation and human drinking needs.

How can the middle east address concerns about water shortages?

There are a number of ways that Middle Eastern countries can rise to the challenge and supply more drinking water to their citizens. However, they might need to make some major reforms. Some ideas are listed below.

While water shortages are worsening in the Middle East, there are still some important silver linings. One benefit is that there are previously undiscovered water sources.

New technology from companies like Mount Sopris  can help discover these water supplies. This can go along way towards alleviating what are shortages in many countries.

Performing the agricultural industry to be more water efficient

The agricultural industry might need to be changed in order to minimize water usage. There are a variety of ways that this can be done.

One of the ways that this can be fixed is by shifting towards producing more crops instead of livestock. A lot experts point out that crops are much better for fighting climate change, since they use energy more efficiently and therefore don’t leave as large of a carbon footprint. However, growing crops will also use less water than producing livestock. Crops don’t need nearly as much water to survive as animals. Also, when growing livestock, farmers have to worry about providing water to them and the crops that they use to feed them.

The Middle Eastern Water Crisis Can Be Solved

There are a number of concerns about water in the Middle East. The agricultural industry is inefficiently run, which is putting more strain on water resources. Fortunately, there are steps that can be taken to resolve this concern.