Wind energy is beginning to take over Texas

Solar and wind continue to see strong growth throughout Texas

Solar and wind energy are taking over in Texas. These two forms of clean power are beginning to outpace conventional forms of energy in terms of electricity production, which could have major implications for the future of the state. Texas is already home to the largest wind energy market in the United States, and solar power is growing quickly in the state. As one of the nation’s largest oil and natural gas producers, the rise of clean energy in Texas could have a major impact on the rest of the country.

State leads in production of oil and natural gas, but is also the country’s leading wind energy market

Texas currently produces 37% of the United States’ crude oil and 28% of its natural gas. The state is also home to the country’s largest wind energy market, boasting of more than 10,000 wind turbines, all of which are currently in operation and producing electricity. More wind farms are expected to take form in the state in the coming years. Texas currently produces more electricity from wind than 25 other states from all energy sources combined. 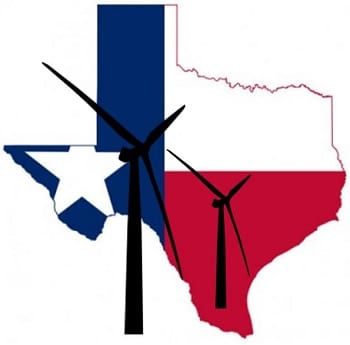 Solar energy is also growing quickly in Texas. The state expects more than 10,000 megawatts of solar capacity to be installed by 2029, making Texas a strong leader in the solar sector. Solar energy has been growing quickly due to the residential sector, with many homeowners looking to save on their energy bills by embracing cleaner forms of power. State policy has also aided in the growth of renewable energy, with lawmakers showing strong favor for solar and wind power.

Texas is looking to make use of renewable energy more aggressively. The state is hoping to become more environmentally friendly and rely less on fossil-fuels. Texas has invested heavily in wind energy, specifically, in an effort to meet new emission reduction goals and comply with emission regulations coming from the federal government.