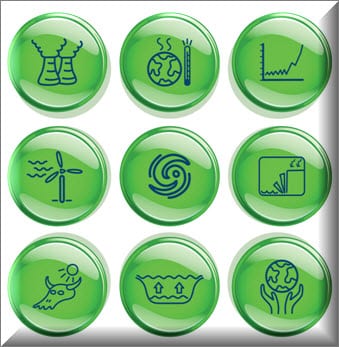 Wind power, electric motorcycles, and biofuels all saw benefits from the fiscal cliff deal reached at the last moment in Washington, DC on January 1, 2013.

Most eyes watched the fiscal cliff negotiations closely wondering about taxes, and exemptions that were meant to expire in 2013. However, also the line during negotiations were tax credits for energy efficient homes, renewable energy sources like wind power, and biofuels. Non-green, traditional fuels like coal mined from tribal lands receive extended tax credits. Dividend tax rates and capitol gain taxes will remain equal for the oil and gas industry.

The Joint Committee on Taxation estimates the cost of the one year extension on production tax credit for renewable sources of energy will cost $12.1 billion. This goes on to include many types of biofuels like geothermal energy as well as wind. Thomas Pyle, presiding president of the American Energy Alliance feels the extension is an opportunity to alert Americans to problems with wind energy, which he feels has a negative impact on the economy due to expense, reliability issues, and inefficiency.

In a statement, Rob Gramlich, interim CEO of the American Wind Energy Association said, “Now we can continue to provide America with more clean, affordable, homegrown energy, and keep growing a new manufacturing sector that’s now making nearly 70 percent of our wind turbines in the U.S.A.”

Tax production credits for geothermal, biomass, wind, and hydro-power production facilities are now available. These have been traditionally available to solar power facilities. Bio-diesel production saw tax credit extensions until the end of 2013. ABC news reports that those that produce algae for biofuels received a $59 million dollar extension for 2013 as well. A 30 percent credit up to a limit of $30,000 was renewed for alternative fueling stations.

More well-known tax credits that are available for energy efficient homes and appliances are now in place for 2013 thanks to the fiscal cliff deal. ABC news also reports that a tax credit for electric vehicles with plug-in capacity can now extend to electric motorcycles as well as cars. This benefit is worth up to 4 million dollars.