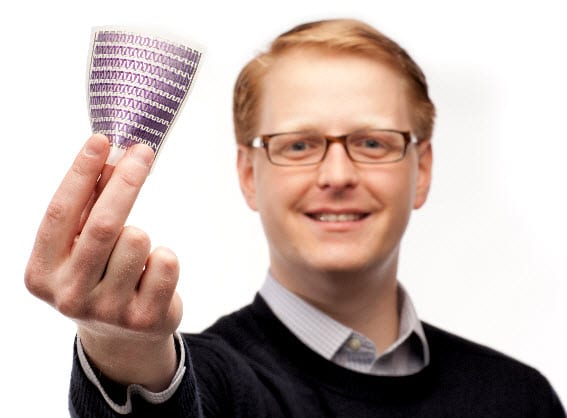 The Massachusetts Institute of Technology (MIT) has announced one of the winners of its prestigious Lemelson-MIT Student Prize.

Student Miles Barr beat out the competition for his development of what is being called a solar technology breakthrough. Barr, who recently finished a PhD in chemical engineering, may have unlocked the future of solar power, according to MIT. MIT believes that Barr’s breakthrough could change the way solar cells are built and could turn just about anything into a harvester of solar energy.

Barr’s development is, essentially, a printed solar cell. The cell is printed as a textile, making it flexible and resilient while not sacrificing performance.

Because of its textile-like structure, the cell can be used on any surface and in any environment. The process used to print the cell can also be used to embed the cell on more than just textiles. It is a simple process, which will eliminate the need for installations, reducing the cost of solar energy adoption. Researchers believe the process can be simplified further to make it viable outside of a laboratory.