Climate change will not be solved with geoengineering, study says

There is no quick fix for global warming.

The solution to climate change, according to US National Academy of Sciences researchers, is not geoengineering, which is the intentional large-scale manipulation of an environmental process that impacts the climate of the Earth and used to help offset global warming effects. Instead, the researchers say that curbing carbon emissions is the best way to help to counteract the problem.

Geoengineering is not a substitute for reducing CO2.

According to the US National Academy of Sciences researchers, climate change cannot be fixed quickly. They also said in their extensive, two volume, report, that geoengineering is “irrational and irresponsible” in spite of the fact that many believe it sounds like a good idea.

The researchers wrote that geoengineering is not a substitute for carbon dioxide emission (CO2) reductions. It is also not a substitute for adapting efforts targeted at lowering the negative consequences of the changing climate. However, they added that as Earth “enters a period of changing climate never before experienced in record human history, interest is growing in the potential for deliberate intervention in the climate system to counter climate change.” 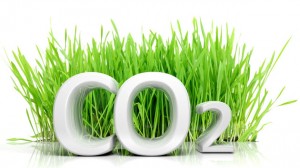 Carbon dioxide removal (CDR) is the process of removing massive concentrations of greenhouse gas in the atmosphere, and trapping it in oceans or underground. This, however, is expensive and does not produce a large enough impact on the global warming problem to be considered a practical solution.

Albedo modification, on the other hand, is a technique designed to diminish the warming effect by making the planet more reflective to the rays of the sun. An example of how this technique might work is to put sulfur dioxide in the atmosphere or send mirrors into space. Albedo modification is not as expensive as CDR, but its effects would be temporary and it is not known if it would result in serious consequences.

Furthermore, the researchers warn that even if albedo modification was used, this would not stop other impacts of carbon emissions, such as ocean acidification, from taking place. What this means is that if the anti-warming technique was ever stopped, the sudden fast-rising temperatures could result in cataclysmic events.

In a news release, the chair of the Geoengineering Climate committee of the National Academy of Sciences, Marcia McNutt, said “That scientists are even considering technological interventions should be a wake-up call that we need to do more now to reduce emissions.”

McNutt added that reducing emissions is the most effective method with the least amount of risk for fighting climate change.