The Himalayas is a huge geothermal source that is untapped due to lack of research funds.

According to international geologists, the mountain range in South Asia contains thousands of megawatts (MW) of geothermal energy that remains unused because investment in research is lacking and because of environmental considerations.

The Himalayas is considered to have massive renewable energy potential.

According to a geologist at the Energy and Geosciences Institute, University of Utah, Geo Moore, “The hottest and best known of the geothermal systems are in Jammu and Kashmir, which form part of the northwest Himalayan ‘geothermal province’ that extends through Nepal and Tibet.”

In addition, Jonathan Craig, an honorary professor at University College, London, and the University of Jammu, has said that the area on the Indian subcontinent that has the most geothermal power potential is the Puga hot spring region, which is situated in Ladakh at the junction of the Indian and Tibetan plates. 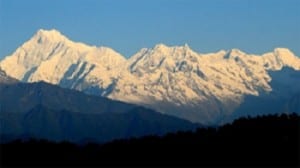 Craig stated that a 20 MW geo-thermal power plant located at Puga “could save three million litres of diesel burnt annually in the region at a cost of approximately US$ 2 million.” According to Craig, this kind of facility would remove the need for traditional gas-operated heaters and kerosene stoves in the winter months and could prevent an estimated 28,000 tons of carbon dioxide emissions.

Puga is believed to have the greatest geothermal energy potential in India.

Puga is seen as the top spot for this renewable source because, according to Brinda Thusu from the University College of London’s department of earth sciences, it has mud pools, hot springs, borax deposits and sulfur that cover a region that extends more than 15 square kilometers (nearly 6 square miles). Thusu explained that calculations of the glacial mass balance indicate that there is enough melt water available to renew both deep and shallow reservoirs in the area’s geothermal field.

Geothermal energy is generated from heat that is stored beneath the earth’s surface and it is a form of renewable power that is being explored and used throughout the world. Moore believes that the potential of this energy that exists in Jammu and Kashmir is even greater than what is produced at China’s 25 MW geothermal plant in Yangbijan, Tibet, which has been in operation since 1976.