Germany is leading the way in hydrogen fuel infrastructure

Germany may soon have the world’s leading hydrogen fuel infrastructures according to Germany Trade and Invest, an economic development agency that is part of the country’s government. By the end of the year, the country aims to add an additional 50 hydrogen fuel stations to its existing infrastructure, which has been taking form over the past few years. The government agency believes that more than 400 hydrogen stations will be in operation by 2023.

Germany has shown strong support for clean transportation, particularly when it comes to hydrogen fuel cells. These energy systems have come to play a significant role in the auto industry, helping automakers develop a new generation of zero emissions vehicles. In order for these vehicles to find any degree of commercial success, however, a hydrogen infrastructure must be established. Over the past few years, the German government has been investing in the construction of new hydrogen fuel stations, working with automakers to do so. 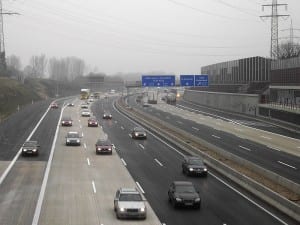 Fuel cells vehicles have yet to become popular among consumers, largely because these vehicles are not yet widely available. Consumers also question whether fuel cells are efficient and capable enough to compete with lithium-ion batteries. Several automakers, such as Mercedes-Benz, believe that hydrogen fuel could be the future of clean transportation, but other companies are not as supportive of this form of renewable energy. One of the more common criticisms concerning fuel cell vehicles is the lack of an infrastructure that can support them.

Germany is currently leading the way in hydrogen-powered transportation support in Europe. The country has served as an example to its neighbors, showing how a hydrogen infrastructure can be established in a relatively efficient and economic manner. Because of the country’s growing hydrogen infrastructure, it will likely become a very prominent market for automakers that plan to release fuel cell vehicles in the coming years.