Honda to bring new hydrogen fuel vehicle to California in 2016

New fuel cell vehicle will be ready for launch by 2016

Honda’s latest hydrogen fuel cell vehicle is expected to be launched in California in 2016. The automaker has been working to develop a new fuel cell vehicle for some time and believes that the California market may be ready for such a vehicle. The new Clarity Fuel Cell Vehicle will be the first five passenger sedan that is powered by a hydrogen fuel cell. Honda believes that the vehicle will manage to find success among consumers because of its high efficiency.

The new Clarity has been designed to travel more than 300 miles on a single tank of hydrogen fuel. Moreover, Honda has developed the vehicle to serve as an emergency power source as well. The Clarity will be able to power a home for seven days in a row, using its hydrogen fuel cell to generate electricity. The vehicle will not, of course, be able to meet the entirety of a home’s energy needs, as it is meant to provide power in emergency situations, such as during a natural disaster or prolonged power outage. 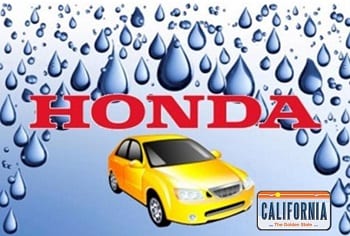 Fuel cell vehicles are becoming more popular among consumers, but relatively few of these vehicles have entered into the commercial market. Only a handful of automakers actually offer fuel cell vehicles, including Honda, Hyundai, and Toyota, but these companies have been slow to bring their vehicles to the market due to the lack of a hydrogen fuel infrastructure. While these vehicles are quite efficient, the lack of a comprehensive fueling infrastructure has discouraged consumers from purchasing these vehicles.

California is investing heavily in a hydrogen fuel infrastructure

In California, the infrastructure problem may soon come to an end. The state has committed $100 million to develop 100 hydrogen fuel stations by 2020. These stations will provide support for those with fuel cell vehicles and could make these vehicles more attractive. Moreover, the state also offers subsidies that cut down on the cost of fuel cell vehicles, making them more accessible to consumers.