Research conducted by scientist Casey Miller, head of Rochester Institute of Technology’s (RIT’s) material science and engineering program, and his colleagues, has lead to the development of a new type of green technology involving a promising new metal alloy system that alleviates the use of coolant gasses linked to global warming. This discovery could result in the creation of magnetic refrigerants and eco-friendly cooling technologies.

A magnetic field instead of coolant gases can change refrigerant temperature.

According to the research that was published in Scientific Reports, the new technology uses iron-based alloys, which use magnetic fields to alter a refrigerant’s temperature instead of the more environmentally damaging coolant gases. This change in temperature achieved by the magnetic fields is a thermodynamic phenomenon called “magnetocaloric effect.”

With their green technology, researchers were able to boost refrigerant capacity by 40%. 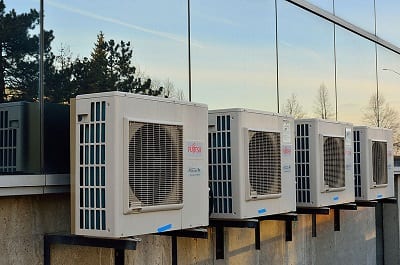 In order to find the right metal alloys to create the system, researchers had to thoroughly investigate “high entropy alloys” materials, a family of metal compounds that can also be used in developing technologies that have greater resistance to wear and corrosion.

Alloys are a combination of two or more metals that function better together than they do by themselves. They are often developed to increase the strength of a substance and its resistance to corrosion.

In a news release from RIT, Casey Miller explained that “We created alloys containing four and five different elements whose properties helped our theory collaborators develop a calculation that predicts the magnetic properties of a larger set of compounds that have not yet been synthesized. Now we have identified hundreds of new alloy combinations that could be useful.”

The new iron-based alloy system also acts as a replacement for rare-earth elements that are predominantly produced in China and are utilized in modern magnets. These elements can be costly and bad for the environment. Furthermore, transition metals usually provide supply chain stability and, compared to rare-earth elements, are less expensive by weight, the researcher noted.

According to the study, using the alloys that they had newly developed, the researchers were able to improve refrigerant capacity by 40%. The newly developed green technology system will utilize transition metals that are cheaper and more eco-friendly than current cooling technologies.