New hydrogen fuel training program launched in the US

The United States Department of Energy’s Fuel Cell Technologies Office has announced the launch of a new safety training resource program that is available online. The new program is designed for emergency responders that may have to deal with incidents involving hydrogen fuel in the future. The program has been developed by the Pacific Northwest National Laboratory and the California Fuel Cell Partnership. The two organizations have extensive experience with hydrogen fuel and fuel cell technology.

The program is meant to serve as a singular source for credible and reliable information concerning hydrogen fuel cells. There are many similar programs currently available on the Internet, some of which offer relatively outdated information concerning the safety of fuel cells and hydrogen in general. The program could remove duplicative efforts concerning training programs. Officials with the Fuel Cell Technologies Office believe that the program will be valuable for both the public and private sectors, wherein training people about fuel cells and other hydrogen technologies is becoming more important. 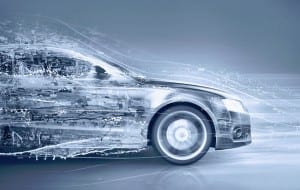 In terms of emergency situations, first responders can often have a major impact on whether or not a serious incident can be contained and managed effectively. Because hydrogen is a volatile element, first responders trained in the proper handling of emergency situations regarding hydrogen fuel can be invaluable. Fuel cells and hydrogen storage solutions typically have significant safety measures in place to prevent disasters, but there is no absolute protection against all problems, which is why appropriate training in the mitigation of incidents is important.

Hydrogen fuel cells are gaining more prominence in the United States. These energy systems have been heavily used in industrial sectors, but will begin seeing more use in transportation soon. As more fuel cell vehicles become available, gas stations will be equipped with the ability to provide hydrogen fuel. There are many safety concerns regarding this, but the government and those involved in the hydrogen space are working to address these concerns.