Lexus may be developing its own fuel cell vehicles

Japanese automaker Lexus may be preparing to launch its own fuel cell vehicle in the near future. The company is a subsidiary of Toyota, which has already announced plans to launch its hydrogen-powered Mirai to the commercial market in 2015. Lexus has been rumored to have been testing a fuel cell sedan for some time now, but the company has been careful to release details concerning such a vehicle.

Automaker has some experience in the clean transportation space

Lexus is no stranger to the concept of clean transportation. The company has been releasing hybrid models of its popular vehicles for the past decade. The automaker’s current flagship vehicle, the LS 600h L, also has a hybrid version, which has appealed to those interested in clean transportation. The company has not yet officially announced plans to launch a fuel cell vehicle, but has suggested that such a vehicle could be available at some point in 2017. It may be likely that a fuel cell vehicle from Lexus would be powered by the same technology that powers Toyota’s Mirai. 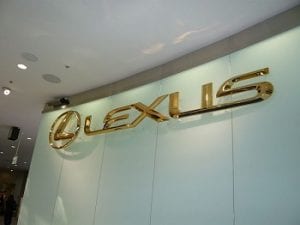 According to Motoring, an Australian publication, Lexus is, indeed, working on a fuel cell vehicle, which will be using technology developed by Toyota. The vehicle is based on the company’s LS model, through minor aesthetic changes have been made. The report suggests that the fuel cell system that will power the new vehicle will work alongside an electric motor, which will provide the vehicle with enough power to function like a conventional LS vehicle. The new fuel cell vehicle is estimated to travel for approximately 238 miles on a single tank of hydrogen fuel.