Japanese automaker Honda will be expanding its partnership with General Motors concerning the development of driverless vehicles. The two companies are already working together to improve hydrogen fuel cell technology, hoping to make these energy systems more efficient and less expensive. The auto industry has become heavily interested in fuel cell vehicles, which produce no harmful emissions and run off hydrogen fuel. Driverless vehicles are also becoming a more important focus of the auto industry, with many automakers looking to adapt to the changing needs of drivers.

Companies have been working to improve hydrogen fuel cell technology

Honda and General Motors first began working together in 2013, collaborating on developing a fuel cell system for new vehicles. The two companies have plans to release vehicles using this advanced system under their own brands in 2020. Honda intends to launch its own fuel cell vehicle, which is being independently developed, in 2016, following other automakers who have already released these vehicles in the commercial market. 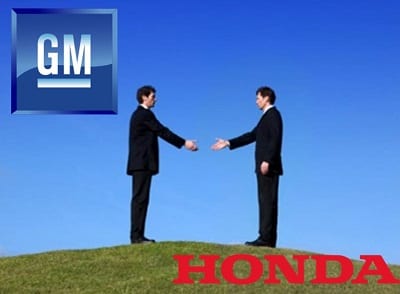 Driverless vehicles are beginning to see more attention from the auto industry, with several companies looking to develop these vehicles in order to meet growing demand from consumers and businesses alike. Honda and General Motors have not yet solidified their plans concerning the development of such vehicles, but they have begun looking into the issue together. General Motors has plans to launch its own self-driving cars in 2017.

Automakers have a strong interest in self-driving cars

The automakers expanding their partnership could significantly decrease the development time needed to produce driverless vehicles. The partnership could also foster greater competition in the auto industry, creating more pressure on companies that are looking to develop their own driverless vehicles. Such vehicles may become popular in the coming years, as the needs of drivers change. Several businesses have already shown a great deal of interest in these vehicles, as they could be safer than conventional vehicles.