Hydrogenics, a leading developer of hydrogen fuel production and fuel cell technology, has announced that it has received some $2 million in orders from a developer of hydrogen-powered forklifts in the United States. The company’s technology will be used to power these materials handling vehicles, which will be delivered to large logistics centers throughout North America. The fuel cells from Hydrogenics are expected to be shipped in the first quarter of 2016, with more orders likely to come from the forklift developer later that year.

Hydrogen fuel cells have become a very powerful force in the materials handling space. These energy systems are being seen as more capable than conventional batteries, which have powered forklifts for several years. Unlike fuel cells, lead-acid batteries take several hours to charge and are somewhat inefficient when compared to newer energy systems. Fuel cells can be fueled in a matter of minutes, ensuring materials handling vehicles can operate for longer periods of time. 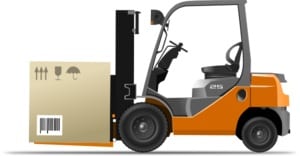 Hydrogenics has won praise for its innovative technology, especially when it comes to hydrogen production. The company has made strides in improving hydrogen fuel cell technology, ensuring that these energy systems are more efficient and capable of meeting a range of needs for clients throughout the world. The materials handling space has become particularly interested in these energy systems, as they could lead to an increase in productivity in the future.

While hydrogen fuel cells have become quite popular, they remain relatively expensive. The materials handling sector makes use of small fuel cells, which are less expensive than their larger counterparts, but other sectors must use larger energy systems in order to power their operations. Hydrogenics, and other developers, have been working to make these energy systems less expensive in order to make them more attractive to those interested in renewable energy.