The Internet giant has purchased a whopping 842 MW of green energy.

Last week, Google announced on its official blog that it has made what it says is the “largest and most diverse, purchase of renewable energy ever made by a non-utility company.” It will be adding an impressive 842 MW (megawatts) of clean energy from renewable wind and solar sources to its data centers.

Google’s new purchase nearly doubles the amount of clean energy the company has purchased to date.

Across three countries Google has managed to add an additional 842 MW of alternative energy capacity to power its data centers. It has now reached 2 gigawatts of renewable energy capacity, which is about equally to taking almost one million cars off the road.

Much of the new energy that the company has purchased comes from locations in the United States, but it has also added a solar farm in Chile and a wind farm in Sweden. 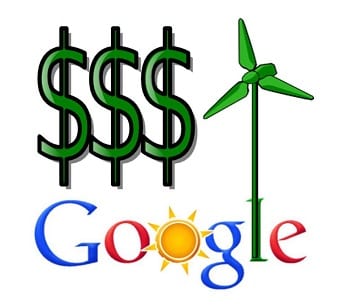 The Internet giant seeks to triple its purchases of renewable energy in ten years.

Google is continually working toward its goal to power its operations using 100% renewable energy. With its new series of solar and wind projects across the globe, the company is not only closer to achieving its objective, but it is also closer to its commitment to triple its purchases of green power by 2025.

On its blog the company explained that the long-term contracts it has made with its recent renewable power purchases range from 10 to 20 years. Google said that the contracts “provide projects with the financial certainty and scale necessary to build these wind and solar facilities – thus bringing new renewable energy onto the grid in these regions.” These contracts help to reduce the environmental impact of Google services and also ensure good prices, which makes smart business sense.

However, Google isn’t the only big internet and technology company to make renewable energy commitments. Apple, Microsoft, Facebook and Amazon have also been investing in clean power projects, such as solar and wind, to help power their operations, become more environmentally friendly and reduce their carbon footprint.