Mercedes-Benz has plans to launch its first production fuel cell vehicle in the near future. During the recent Detroit Motor Show, Dr. Thomas Weber, Mercedes-Benz research and development chief, noted that the automaker is using the latest hydrogen fuel cell technology to power the new vehicle, which will be an offshoot of the company’s full-size GLC SUV. In recent years, the automaker has faced criticism of falling behind others in terms of clean transportation, but Mercedes-Benz notes that it has been making steady progress in producing a new fuel cell vehicle.

According to Weber, Mercedes-Benz is currently in the process of rolling out its new fuel cell vehicle. The automaker has made significant improvements to its hydrogen fuel cell technology. The fuel cell that will power the vehicle is now smaller in size, comprised of lightweight materials. The compact size of the fuel cell will make it easier to incorporate into new vehicles. The new fuel cell is also more efficient than its predecessors, allowing the vehicles using it to travel for greater distances before needing to be refueled. 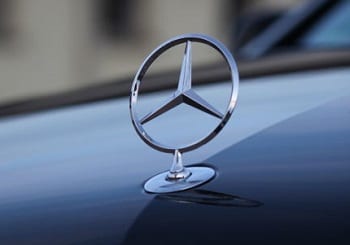 The automaker had made headlines some years ago with its hydrogen-powered world tour. The company showcased some of its hydrogen-powered concept vehicles, highlighting the capabilities of hydrogen fuel cells. Through the world tour, the automaker managed to generate strong praise for fuel cell technology, which sparked interest among other companies that were also investing in clean transportation solutions.