Nebraska has launched a new rebate program that aims to support the adoption of clean vehicles. Called the Clean-Burning Motor Fuel Development Debate Program, the state hopes that it will encourage more consumers to purchase vehicles that produce no harmful emissions, or those that produce limited emissions. The program is funded through state law and is managed by the Nebraska Energy Office, which believes that clean transportation holds a significant deal of promise.

Program will provide support for conversion kits for conventional vehicles

The program will offer eligible drivers, who must comply with certain guidelines in order to take advantage of the rebates being offered. Those converting existing vehicles to be more environmentally friendly can use the program, which will cover 50% or $4,500, whichever is less, of the cost associated with the conversion process. The amount of money provided to drivers will be based on the cost of a vehicle’s fuel tank, fuel lines, and exhaust system. 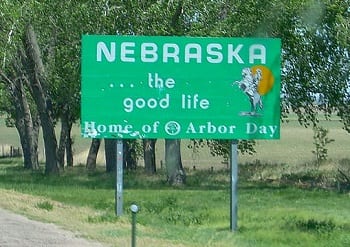 Clean vehicles are becoming quite popular in several states, many of whom are looking to reduce the emissions associated with the transportation space. Several states have launched rebate programs that support the adoption of clean vehicles, including those equipped with hydrogen fuel cells. These vehicles consume hydrogen and operate on electricity. Conventional electric vehicles are also supported by these rebate programs, which have helped the expansion of clean vehicles throughout the country.

Automakers expected to see increase in sales thanks to rebate programs

As automakers bring more clean vehicles to the market, they expect to see an increase in the sale of these vehicles due to the availability of rebate programs. These programs may be particularly beneficial for fuel cell vehicles, which are somewhat expensive when compared to their conventional counterparts. Fuel cell vehicles often considered more efficient and capable than battery electrics, but their cost has been something that has kept consumers from purchasing these vehicles, as well as their limited availability.