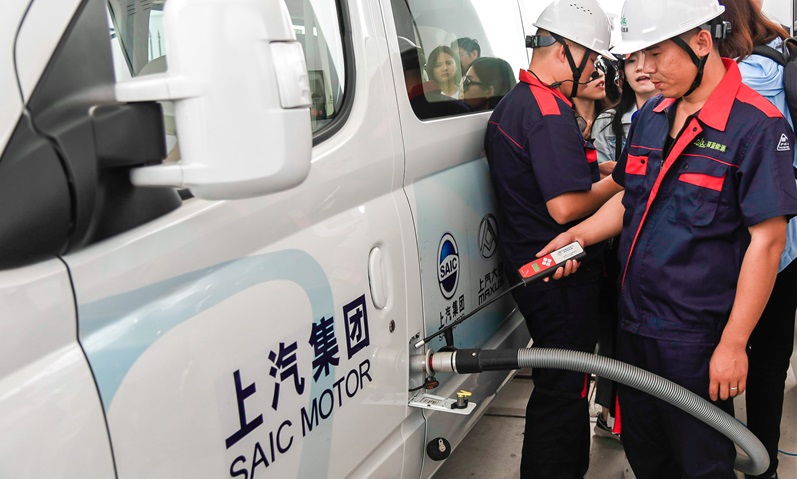 The world’s biggest hydrogen station is now open to the public in Shanghai.

China is continuing to grow its green energy industry and is supporting its push for more hydrogen vehicles with a new Shanghai hydrogen refueling station. The station, which is now open to the public, is said to be the largest and most advanced station of its kind in the world.

The station covers an area of about 8,000 square meters.

The massive Shanghai hydrogen refueling station will provide fuel for vehicles as well as commercial services.

The new station will support the 20 SAIC hydrogen fuel cell vehicles that will operate in the region. However, it will also provide commercial services for every sector of the society.

Moreover, according to a SAIC Motor press release, the company states that the new hydrogen station will use hydrogen generated by the chemical industry, which is part of the goal of developing a circular economy in Shanghai.

Since 2001, SAIC Motor has been researching and investing in hydrogen fuel cell technology. Over the years, the company has become one of the premier corporate drivers for developing China’s sustainable automotive industry.

Presently, the automotive company employs a fleet of over 400 model FCV 80 passenger buses. Each of these vehicles uses dual lithium and hydrogen battery systems in Northeastern China.

The new Shanghai hydrogen refueling station is just the tip of the iceberg. Experts estimate that there will be a

minimum of 10,000 hydrogen fuel cell vehicles on China’s roads by next year (2020) and an extra 100 hydrogen stations to fuel them.