Toyota makes a bet on hydrogen fuel for the Olympics

Toyota has announced that it will be one of the top sponsors for the 2020 Olympic Games, which will be held in Tokyo, Japan. The Olympics present Toyota with a promising opportunity to draw attention to its new vehicle, the Mirai, which is powered by a hydrogen fuel cell. Toyota has a history of using such opportunities to make its new vehicles more popular, as was the case with the Prius.

The Mirai could get some promising exposure because of the Olympics

During the 2012 Olympic Games in the United Kingdom, more than 3.6 billion people watched the event over the Internet, with several thousand others attending the event physically. If the 2020 Olympics manage to attract similar attention, awareness of the Mirai may skyrocket. Many consumers are somewhat aware of fuel cells and how they are being used in transportation, but they are not aware that Toyota has plans to launch a fuel cell vehicle in many markets by the end of this year.

Japan has high hopes for hydrogen fuel during the Olympics 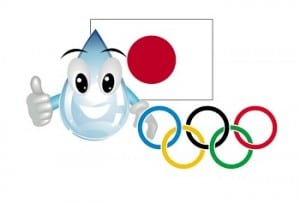 The Olympics also represents an opportunity for Japan to show off fuel cell technology. The Japanese government is investing to ensure that the Olympic Village, which will serve as a home for those participating in the Games, will be completely powered by hydrogen fuel cells. Japan hopes that this will demonstrate how fuel cells can be used for more than just transportation, as these energy systems also have potential in the residential sector and in other industries.

Promotion costs may not be a concern for Toyota

Toyota may be investing $123 million in order to become a top sponsor for the Olympic Games. The company noted that it did not spend any money on promotion costs when it was raising awareness of the Prius, however. The Prius was on display during the Academy Awards 12 years ago, during which time Toyota managed to draw a great deal of attention to the vehicle because of the number of celebrities that had used it.