2020 Olympic Village will be powered by hydrogen fuel

The 2020 Olympic Village in Japan will be one of the most futuristic iterations of the special home made for the athletes competing in the Olympics. The village will be powered entirely by hydrogen fuel cells, serving as an opportunity for Japan to showcase the potential of a population center that is completely dependent on renewable energy. The village will be based in Tokyo, where fuel cells have already begun to see use as residential energy systems.

Tokyo is working to make the Olympic Village sustainable

The Tokyo government is currently building new hydrogen stations and pipelines that will supply fuel to the Olympic Village. This hydrogen will be used by fuel cells to produce electrical power, which will be provided to athletic facilities, restaurants, and other fixtures that will be built in the village. The fuel cells will not only produce electricity, of course, and will also be used to heat water. Fuel cells will also be used for buses that are meant to transport athletes from the Olympic Village to sporting events during the Olympic Games. 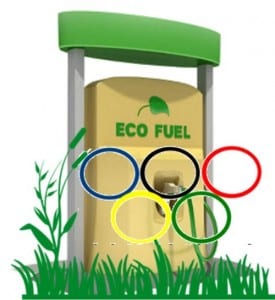 Once the Olympic Games have come to an end, the village will be converted to an actual town that will be able to support a population of approximately 10,000 people. Contracts for developing the village and its various aspects are expected to be awarded to private companies at the end of March this year. Those applying for these contracts must agree to use hydrogen fuel and develop the village based around this form of renewable energy.

A hydrogen society may be emerging in Japan

The Olympic Village may serve as an example of what a hydrogen society could be. A hydrogen society is one that relies on hydrogen and fuel cells for its energy and this has become a popular concept in Japan. The Japanese government is currently working to support the adoption of hydrogen fuel cells and fuel cell vehicles, suggesting that hydrogen could be a very prominent force in the country’s futuhydrogen fuel cells, serving as an opportunity for Japan to showcase the potential of a population center that isre energy structure.