China continues to reign supreme in the solar energy field

The report shows that Chinese companies have seen a 26% quarter-over-quarter increase in the shipment of photovoltaic products. Currently, the top companies that supply such products are based in China, and some of these companies are being heavily supported by the Chinese government. The report shows that 71% of all photovoltaic module shipments have come from large manufacturers in China. 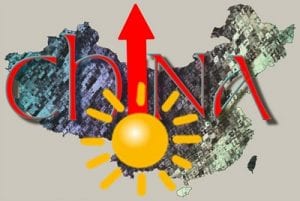 China’s success in the solar energy field is putting pressure on the manufacturing industries in other countries. In Europe, many manufacturing companies have fallen significantly behind when it comes to producing and supplying photovoltaic products. This means that many of the solar energy projects taking root in European countries are using products that are imported from China. This has put a significant deal of financial stress on some European manufacturers.

Despite challenges, China finds significant success in its support of solar energy

China has faced many challenges in ensuring the success of its solar energy sector. The country has been fighting trade disputes with European countries and with the U.S. These disputes have pressured the Chinese government to re-evaluate the support it has shown to its photovoltaic manufacturers. Despite these challenges, Chinese companies continue to show that they have established a powerful place in the global market and many of these companies are currently considered the most reliable providers of photovoltaic products.