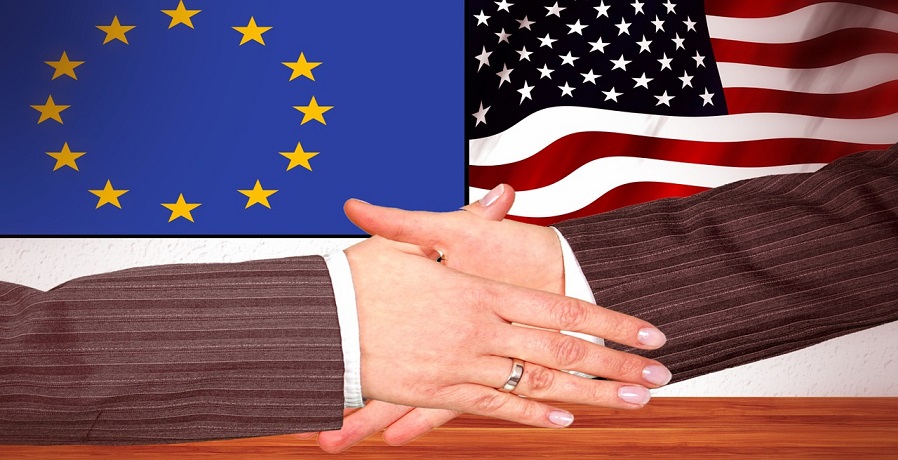 The EU has set a goal to become carbon neutral by 2050 but officials say US cooperation is needed.

The European Union is pursuing a 2050 carbon neutrality goal, but an E.U. official has stated that the European Green Deal will be successful only if the United States cooperates.

This cooperation will include financing, energy technology, and imports between the US and EU.

The U.S.’s cooperation with the E.U.’s pursuit of the European Green Deal will be vital to moving the E.U. energy sector in a low-carbon direction, said Director General for Energy at the European Commission Ditte Juul Jørgensen last week.

The E.U.’s intentions for becoming “the world’s first climate-neutral continent by 2050” were first unveiled in December 2019, by Commission President Ursula von der Leyen. The strategy involves a number of different targets that European Union’s member states must meet. These targets include both emissions reductions as well as new energy technology and infrastructure investments.

Juul Jørgensen underscored that E.U. member states will be pushing the majority of the action forward, even though the European Union established the plan’s main goal. “All of our member states are submitting national energy and climate plans that set out how they intend to achieve the agreed targets for 2030,” she said.

She pointed out that they also focus on energy efficiency, renewable energy, building infrastructure, enhancing connections, internal market, as well as research and innovation.

The E.U. designed the plan in order to provide all members with a “very clear path” as well as “a common direction,” said Juul Jørgensen. However, at the same time, she pointed out that there remains substantial opportunity for choices to be made on a national level. She explained that in this way, each individual government can select its own energy mix.

maintaining their nuclear power generation. Juul Jørgensen added that “the energy we don’t use is both the cleanest and cheapest.”