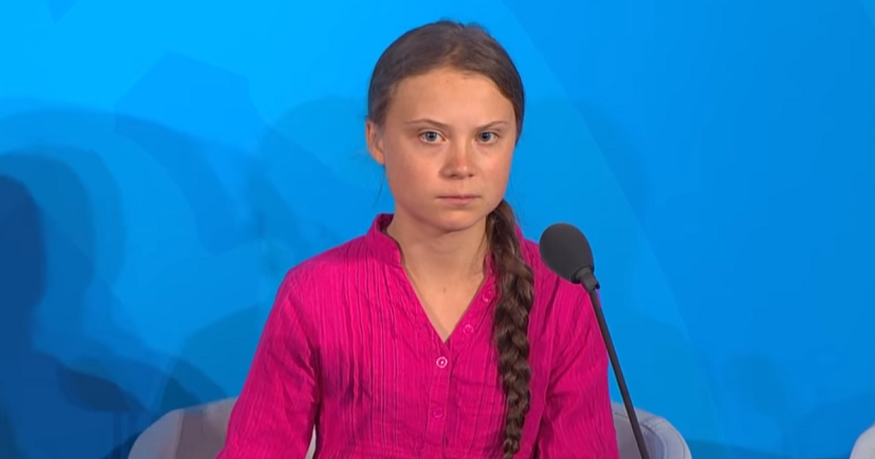 The teen climate change activist from Sweden gave world leaders a piece of her mind.

The UN Climate Action Summit began on Monday and it kicked off with an emotional and angry speech from Greta Thunberg, the 16-year-old climate change activist from Sweden. Thunberg, who was invited to speak at the summit, and sailed across the Atlantic in an emission-free boat to attend, told the world leaders, “You have stolen my dreams and my childhood with your empty words.”

“This is all wrong,” Thunberg began. “I shouldn’t be up here. I should be back in school on the other side of the ocean. Yet you all come to us young people for hope. How dare you!”

Known for her passionate and blunt speeches to world leaders, demanding for strong action to be taken to combat climate change now, Thunberg was particularly emotional when delivering her less than five-minute speech at the UN Climate Action Summit.

“You’re failing us, but young people are starting to understand your betrayal,” Thunberg continued on, after stating a number of scientific facts about climate change, the extreme impact it’s having on the world, and the current inadequate solutions in place.

“The eyes of all future generations are upon you. And if you choose to fail us, I say we will never forgive you.”

Governments were required to offer action plans in order to qualify to speak at the UN Climate Action Summit.

Not just anyone could speak at the summit. The UN Secretary General António Guterres warned governments that if they wanted to have a voice at the one-day gathering, they would need to offer action plans.

According to Merkel, Germany would double its spending to €4 billion to find climate change, while Modi pledged to boost India’s commitment to renewable energy as well as increase spending through 2025 to shore up water conservation efforts.

The goal of the 2019 UN Climate Action Summit is to boost the 2015 Paris Agreement to combat global warming.