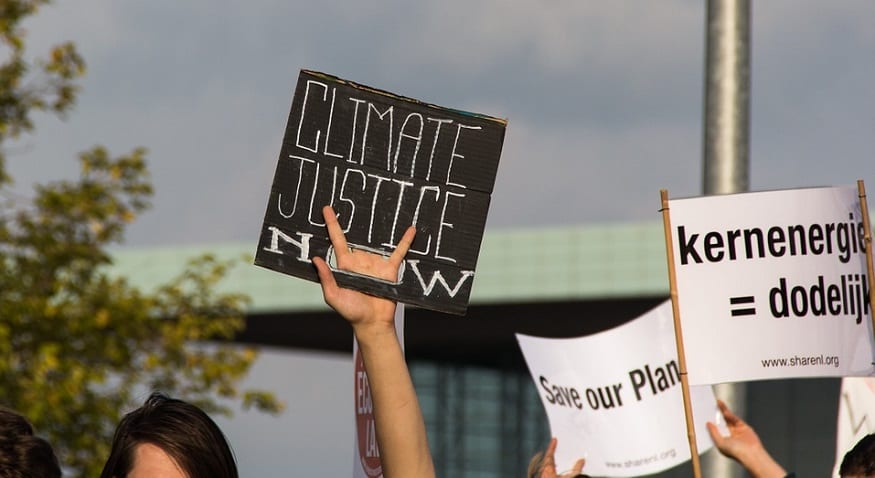 Students around the world are tired of politicians and world leaders not taking urgent action against global warming.

March 15, 2019 marked the second major student climate change protest this year, with thousands of students from the South Pacific to the edge of the Arctic Circle, walking out of school, college and university classrooms.

Greta Thunberg is a 16-year-old Swedish activist, who started holding solitary demonstrations outside the Swedish parliament last year to spread the message about “climate justice now.” Thunberg believes that action against climate change needs to be taken now to prevent impending future disaster.

What began as weekly climate change protests from students in several cities, has since escalated to students from hundreds of cities around the world joining in the protest inspired by Thunberg.

Thunberg, who has shared her blunt message about climate change awareness and climate change justice with world leaders at the 2018 UN Climate Change COP24 Conference and at the World Economic Forum in Switzerland this year, was recently nominated for the Nobel Peace Prize.

Some politicians are criticizing students for ditching school for the climate change protests, but scientists are applauding them.

For decades, scientists have been warning us that the current levels of greenhouse gas emissions are unsustainable. Today, we are on track for an increase of 4 degrees Celsius, which climate experts say will have disastrous consequences for life on our planet.

Young people are listening to the scientists and are taking a stand by protesting to attract the attention of politicians, demanding for action to be taken now. Some politicians are not impressed.

“One can’t expect children and young people to see all of the global connections, what’s technically reasonable and economically possible,” said the head of Germany’s pro-business Free Democratic Party, Christian Lindner, reports the National Post. “That’s a matter for professionals.”

“We are the professionals,” said Volker Quaschning, a professor of engineering at Berlin’s University of Applied Sciences, “and we’re saying the young generation is right.”

“We should be incredibly grateful and appreciative of their bravery, because in a sense, it’s incredibly brave not to go to school for once,” Quaschning added.

Quaschning is one of the thousands of scientists who have signed petitions in support of students in Britain, Finland and Germany.

To date, student climate change protests have been planned or carried out in over 100 countries, including the United States, Canada, Germany, Sweden, Finland, Norway, China, India and New Zealand.