There are more charging stations than gas stations in Japan

Japan has reached a major milestone in its clean transportation endeavors. The country has been working to promote the adoption of electric vehicles for several years now, and has made major progress in this effort recently. Japan has become one of the most active markets for electric vehicles in the world, largely due to the efforts of the national government and the number of automakers that are investing in a new infrastructure for the country.

More than 40,000 charging stations support the adoption of electric vehicles

Japan is now home to more electric charging stations than gas stations. According to Japanese automaker Nissan, there are now more than 40,000 electric charging units throughout the country. By comparison, there are only 34,000 gas stations in Japan. Many of the charging stations can be found in the homes of those that have purchased electric vehicles. These charging units are quite convenient for consumers, as they do not have to visit another location just to charge their vehicle. 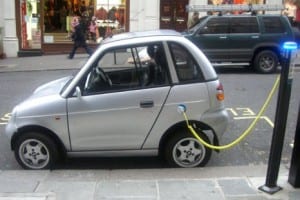 Nissan is putting a great deal of faith in the growing demand for electric vehicles. The company believes that a growing number of consumers will be purchasing these vehicles in the coming years, especially as electric vehicles become less expensive and more efficient. Other automakers, like Toyota, believe that the future of transportation lies with hydrogen fuel cells. Despite how these automakers see the future of transportation, they have begun to work with one another to bolster Japan’s energy infrastructure, making it more accommodating of clean vehicles.

While conventional electric vehicles have gained more support in Japan, hydrogen fuel cells may become the most widely supported energy systems in the country. Fuel cells are being used in new vehicles that produce no harmful emissions, but they are also being used to provide electrical power to homes in many parts of the country.