The Japanese government is preparing to take further action on the climate change issue. The government has recently launched a new project that will expand the support it offers to Caribbean countries. These countries will be particularly affected by one of the consequences of climate change: Rising sea levels. Through the Japan-Caribbean Climate Change Partnership, the effects of rising sea levels and climatic phenomena could be mitigated to some degree.

Through the project, some $15 million will be issued to eight Caribbean countries. This money will help these countries expand their responses to changes in the environment through various government agencies. All countries that have action plans to mitigate climate change must submit these plans to the United Nations Framework Convention on Climate change in order to receive financial and technical support. Japan is currently assisting Caribbean countries in forming such action plans. 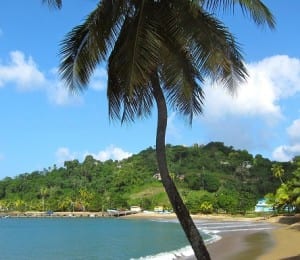 A changing climate has many implications when it comes to a country’s continued sustainability and stability. As the climate continues to change, certain parts of the world will be struck with long lasting, severe drought, while others will frequently fall victim to extreme natural disasters that could cause irreparable damage. For island nations, rising sea levels threaten to swallow valuable land that many people call home. Taking action on these potential threats is not a simple or inexpensive process.

Japan has been working with several developing countries through its Joint Credit Mechanism. Through this initiative, Japan provides financial aid and technical support for climate mitigation projects. It also allows Japan to purchase the emissions offset of developing countries. The initiative provides developing countries with affordable tools they can use to secure their sustainability while also helping Japanese energy and clean technology companies enter into new markets around the world.