Clean technology is an important part of the energy puzzle

Typically, when someone thinks about renewable energy, they conjure up images of solar panels and wind turbines. These are the most recognizable symbols in the clean energy space, but they are only one part of the energy puzzle. These energy systems generate direct current power, but this electricity must be converted into an alternating current before it can be used in homes and for certain industrial applications. Google is working to resolve this particular part of the energy puzzle by investing in new technology.

Google is launching a new competition, through which it is offering a $1 million prize to the team that can overcome certain engineering challenges facing power converter technology. This technology is needed in order to make renewable energy viable for widespread use. Effective and efficient power converters can make clean energy significantly more attractive, allowing clean energy systems to produce electricity that is more easily used than it is currently. 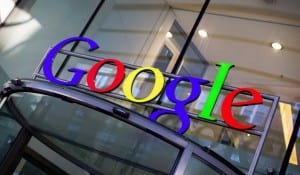 The competition is seeking to promote the development of a small power converter. Modern converters are three feet long and stand at a foot-and-a-half tall. Google wants to see this modern design shrunk to 1/10 of its size, making a power converter approximately the size of a tablet device. A smaller design will cut the manufacturing costs associated with power converters and Google believes that innovative technology can be put to use to increase the energy density of these converters.

Power converters are often an overlooked, yet vital part of the energy puzzle. Without this technology, the electrical power generated by renewable energy systems would be more difficult to use. The vast majority of household appliances are designed to use alternating current electricity, and cannot make use of the direct current that clean energy systems generate.