A new report from Grand View Research, a market research and consulting firm, predicts that North America will be the largest fuel cell market in the world by 2020. Globally, support for fuel cells is growing. Worldwide capacity is expected to reach 664 megawatts by 2020, experiencing a compound annual growth rate of 22.6% from 2014 to 2020. Government support is cited as being the strongest driver of growth and many countries are turning to hydrogen fuel as an alternative to oil and coal.

In North America, fuel cells are becoming more than just industrial power systems. These energy systems are beginning to see use in the residential sector, where they are being used to power homes in an efficient manner. The transportation sector is putting fuel cells to use more than any other. Many cities in Canada and the U.S. are beginning to experiment with hydrogen-powered buses while automakers have plans to launch fuel cell vehicles in both countries. 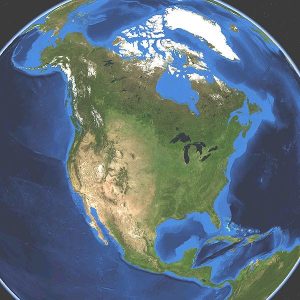 The report predicts that fuel cell shipments throughout the world will reach 790,450 units by 2020. The demand for these energy systems is on the rise, but the majority of this demand is currently being seen in the Asian market. Japan, in particular, has a strong interest in hydrogen fuel cells and their potential to replace more conventional energy systems. North America is expected to become a leading market for these energy systems in the relatively near future. North America is currently the leader in terms of total installed capacity of fuel cells.

There are many different kinds of fuel cells available, but proton exchange membrane (PEM) fuel cells are expected to be the most popular. These are small fuel cells that are generally mobile. They have become quite popular in the auto industry due to their mobile and flexible nature. Solid oxide fuel cells are also quite popular and are typically used as industrial and residential energy systems.