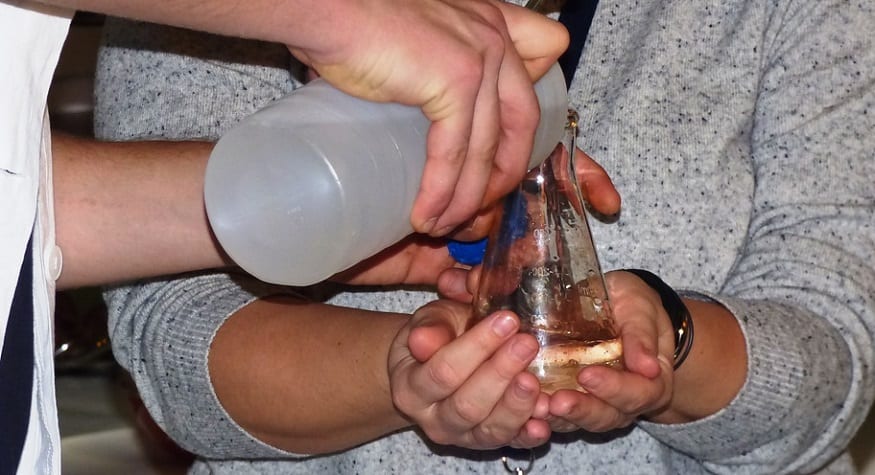 The scientist managed to boost efficiency of hydrogen (H2) production via electrolysis.

Researchers from the University of Arkansas (U of A) have discovered an inexpensive H2 fuel production method that increase the efficiency of electrolysis to create clean hydrogen power.

Nanocatalysts composed of nickel and iron have been found to have greater efficiency than other more costly materials.

Nanoparticles that are made up of iron and nickel have been found to be more efficient and effective compared to other and more expensive materials when utilized as catalysts in H2 fuel production process via water electrolysis.

Water electrolysis is a clean hydrogen production method that involves the process of splitting water atoms apart to produce H2 and oxygen and mixing them together to create hydrogen gas.

Nickel and iron are also beneficial, not only for their improved effectiveness and efficiency, but also because they are less costly than other traditionally used catalysts. The reason is these traditional catalysts are made from scarce and expensive materials, such as platinum and palladium.

Additionally, this newly discovered way to create hydrogen could also prove to be a better alternative to current methods of water electrolysis, which tend to be too energy-intensive to be truly effective.

The discovery was made by University of Arkansas researchers Jingyi Chen, associate professor of physical chemistry, and Lauren Greenlee, assistant professor of chemical engineering, as well as colleagues from Brookhaven National Lab and Argonne National Lab, reports ScienceDaily.

That being said, while this new research does mark a step toward making water electrolysis a more viable and cost-effective method for H2 fuel production, one of the notable downsides of today’s water electrolysis methods is that it requires purified water, which in itself, is a precious resource.