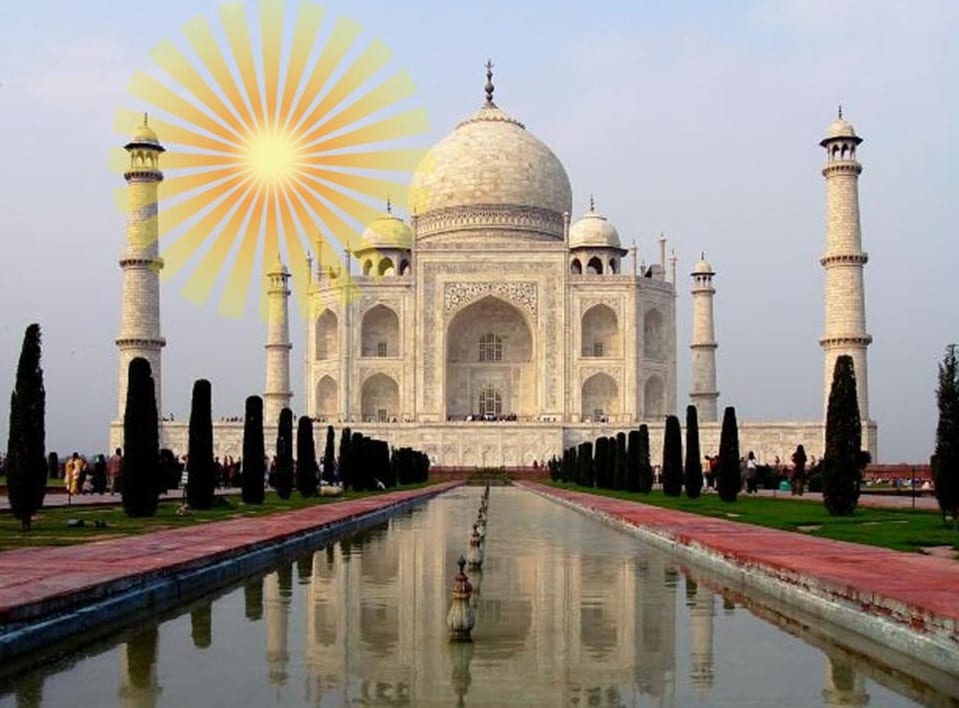 India’s Ministry of New and Renewable Energy has announced that the city of Agra, home to the Taj Mahal, will be the country’s first “solar city.” The agency has approved plans to develop a new solar energy system in Agra, which will eventually account for the entirety of the city’s energy demand. Solar energy has become very popular in India due to its economic prospects. The Ministry of New and Renewable Energy expects that solar energy will help save money on energy costs while also stimulating the local economy in Agra.

Once the news solar energy system is active, it will be able to provide 10% of Agra’s current energy consumption. As part of the project, the city, as well as its residents, will be equipped with a variety of solar technologies, such as solar-powered cookers and solar-powered street lights. The project will last for five years and will help the city break away from its use of fossil-fuels. By 2016, Agra is expected to be more reliant on solar energy than any other city in India.

The project is estimated to cost $100 million. The majority of the project’s costs will be funded by the private sector, with 27% of these costs being handled by the Indian government. The project itself aligns with India’s overarching goal of generating more than 1172 megawatts of solar energy by 2016. The country has high hopes for solar energy, believing that it can boost economic activity and help combat climate change.

Project could save the Taj Mahal

Though solar energy has several economic prospects, the solar city project is not actually concerned with saving money or environmentalism. Instead, the primary purpose of the project is to save  the Taj Mahal. The monument has been suffering weathering due to air pollution, turning the building’s vibrant white structure to a lackluster hue. The region around the Taj Mahal has also become notorious for respiratory disease due to high levels of air pollution.