The Stark Area Regional Transit Authority has received $8.9 million in federal funding in order to purchase five buses equipped with hydrogen fuel cells. The organization manages the public transportation of Stark County, Ohio. Hydrogen-powered buses are beginning to gain traction with transport authorities because of their efficiency and the fact that they produce no harmful emissions. These buses are equipped with fuel cells, which consume hydrogen fuel in order to produce electrical power.

After the purchase of the five fuel cell buses, the transit authority will be operating a total of seven of these buses, which is the largest fuel cell bus fleet outside of California. Senator Sherrod Brown, whom supported the funding of this endeavor, suggests that Stark County is a leader in the fuel cell sector, supporting innovation and the use of hydrogen fuel cells throughout the region. The funding supplied to the Stark Area Regional Transit Authority was issued by the Department of Transportation’s Federal Transit Authority. 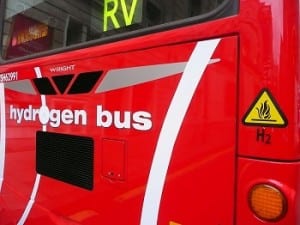 Hydrogen fuel cells have come to play a significant role in the transportation space. When it comes to personal vehicles, fuel cells are still somewhat rare, with only a few automakers offering such vehicles. When it comes to public transportation, however, fuel cells are somewhat more common. These energy systems are being used to power bus fleets in many parts of the world, as they are seen as a more efficient and environmentally friendly alternative to conventional diesel solutions.

In the U.S., fuel cells are likely to begin seeing more support in the public transit space. The federal government has been investing in the fuel cell sector for some time, hoping to foster innovation in fuel cell technology. These energy systems are still quite expensive, which limits their attractiveness to those interested in clean transportation. Advances in fuel cell technology may help solve this problem in the near future, however.