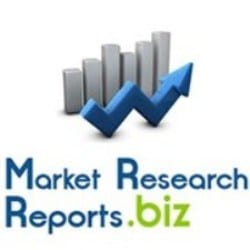 Solar Cell Films Market Exceed CAGR of 9.4% from 2015 to 2023: MarketResearchReports.Biz

This research study analyzes the market for solar cell films in terms of volume and revenue. The solar cell films market has been segmented on the basis of type, end-use, and geography. For the research, 2014 has been taken as the base year while the forecast extends from 2015 to 2023. Market data for all the segments has been provided at the regional and country-specific level for 2013–2023. The regional segments have been further divided into country level sub-segments. The report also includes the major players in the global solar cell films market.

The report provides a comprehensive competitive landscape and features companies engaged in the solar cell films business. This report includes the key market dynamics affecting the overall solar cell films industry globally. The report also provides a detailed analysis of the global solar cell films market with the help of the Porter’s Five Forces model. The Porter’s Five Forces analysis aids in understanding the five major forces that affect the industry structure and profitability of the market. The forces analyzed are the bargaining power of buyers, bargaining power of suppliers, threat of new entrants, threat of substitutes, and degree of competition.

The global solar cell films market has been segmented as follows:

Our document database is updated by the hour, which means that our customers always have access to fresh data spanning over 300 industries. From Fortune 500 companies to SMEs, MarketResearchReports.biz has built a veritable reputation for fulfilling the most exacting market research needs.