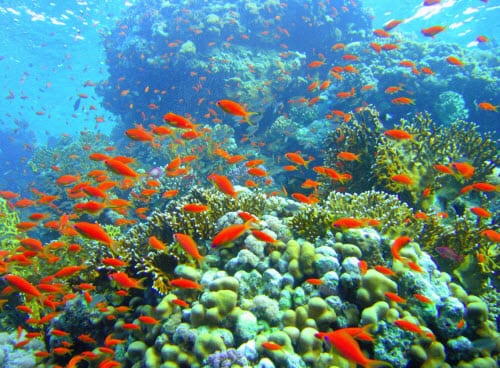 While skyrocketing carbon dioxide emissions get all of the attention, there’s an equally grave ecological problem: ocean acidification. Ocean acidification is climate change’s “evil twin,” and if we don’t curb our carbon footprint, the damage on the marine ecosystem will be irreparable, notes ocean conservation group Oceana.

While we often expect someone else to solve environmental problems for us, relying on the leaders of environmental groups like Greenpeace International’s executive director Kumi Naidoo, the Environmental Protection Agency’s Bob Perciasepe or environmental remediation company Sevenson Environmental CEO Michael Elia, can only take us so far. In order to make a sizable impact on the ocean acidification, we must learn more about it and find small ways to do our part in the solution.

What This Means for Marine Life

As the oceans acidify, they become inhospitable environments for marine life. According to a recent study published in Nature Geoscience, the change in pH is already causing noticeable changes. The study found that a species of marine snails call pteropods, found in deep water areas near Antarctica, have been losing their shells because the acidity of the water has caused them to dissolve. As acidity increases, other shell-building organisms may also be at risk of similar issues. Shell-loss can eventually cause the marine species to die, affecting the vital marine food chain.

Ocean acidification is wreaking havoc on coral as well, according to Scientific American. You can most noticeably see the effects of this on the Great Barrier Reef, the largest coral reef system in the world, where the growth of coral colonies has slowed by around 13 percent since 1990.

How You Can Make a Difference

The most important thing you can do to help slow ocean acidification is to reduce your carbon footprint. The Environmental Protection Agency notes that over 31 percent of carbon dioxide emissions come from transportation, so one of the most effective ways to make an impact is by driving vehicles with alternative fuel sources, rather than traditional gas guzzlers. Biking, carpooling and taking public transportation are other effective ways to decrease your daily carbon dioxide emissions.

While transportation is a major culprit in polluting the atmosphere, electricity is worse. According to the Environmental Protection Agency, 40 percent of carbon dioxide emissions come from electricity usage, so be mindful and try to reduce your electricity usage as well.

About the Author: Kirk Whitham A huge bluegrass fan and animal rights activist, Kirk supports the movement toward a more sustainable planet. He shares his ideas with readers online.