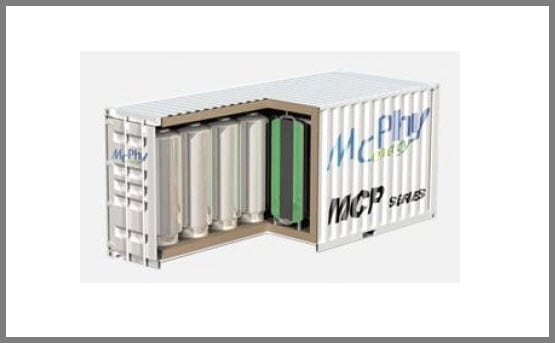 The new storage method stores hydrogen in a solid magnesium hydride form and the process does not require any form of compression. By removing the compression factor, McPhy has pioneered a safer, reversible form of hydrogen storage that is much more energy efficient that conventional methods.

McPhy has announced their partnership with the Iwatani Corporation, a hydrogen supplier based in Japan, on Tuesday. McPhy will supply a 4 kilogram storage unit utilizing their breakthrough solid state storage method.

The Japanese hydrogen market is among the most promising in the world. A number of fuel cell manufacturers have partners with industry leaders in the country to propel hydrogen further down the road as a viable and efficient energy source. Advances coming out of Japan have played a significant role in the development of fuel cells as well.

McPhy CEO, Pascal Mauberger, says that the partnership with Iwatani marks a significant milestone in the company’s strategy of working with industry leaders to promote the use of hydrogen fuel.

McPhy Energy will exhibit their technology at the 7th International Hydrogen & Fuel Cell Expo in Tokyo, Japan, from March 2 – 4.

Such innovations are critical to the success of hydrogen energy if it is to be used in the future. Reliable, safe storage remains one of the more prominent challenges facing hydrogen usage today and every breakthrough in the field counts as a significant victory.