A more eco-friendly plastic has been developed by Stanford University Scientists.

Using carbon dioxide (CO2) and plant material, scientist from Stanford University have produced a renewable plastic. More specifically, according to Australia Network News, the scientists mixed carbonate with CO2 and furoic acid to create polyethylene furandicarboxylate (PEF); an alternative to the plastic ingredient polyester that is more environmentally efficient.

The production of this alternative plastic can lower greenhouse gas emissions.

The study, which was published earlier this week in the journal Nature, states that the researchers’ new approach can reduce greenhouse gas emissions. Furthermore, the approach is a good low-carbon alternative component to electronics, fabrics, plastic bottles and other products created from petroleum, claims Matthew Kanan, an assistant professor of chemistry at Stanford.

Kanan said that the scientists’ goal is to “replace petroleum-derived products with plastic made from CO2.” Kanan added that if this could be accomplished without utilizing a large amount of non-renewable energy, the carbon footprint of the plastics industry could be significantly lowered. 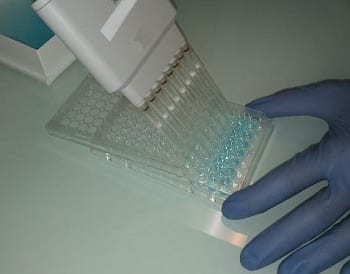 Developing PEF as an alternative to polyester could be highly beneficial for the environment. The reason is that many products are produced from polyester – also called polyethylene terephthalate (PET) – which is a synthetic fiber derived from coal, air, water and petroleum. Manufacturing a single ton of PET creates four tons of carbon dioxide, which contributes to global warming.

The scientists are investigating how to create renewable products made from hydrogen and carbon dioxide.

The Stanford U research team focused on polyethylene furandicarboxylate (PEF), which is made up of ethylene glycol and 2-5-Furandicarboxylic acid (FDCA). PEF is beneficial for bottling applications because it seals out oxygen.

However, instead of using fructose or furfural to produce the component for PEF (both of which have notable drawbacks) the team used carbonate. The combined it with CO2 and the furfural derivative furoic acid. After heating the mixture to 200 degrees Celsius (392 degrees Fahrenheit) for five hours, 89% converted to FDCA, which was then used for PEF

According to the scientists, PEF products can be recycled and can be burned into carbon dioxide that is taken in by plants, which can be used to create more polyethylene furandicarboxylate. However, Kanan says that their finding is only the first step to realizing the full benefits of utilizing PEF.

In addition to their discovery, the researchers are presently investigating how to develop more renewable products from hydrogen and carbon dioxide.