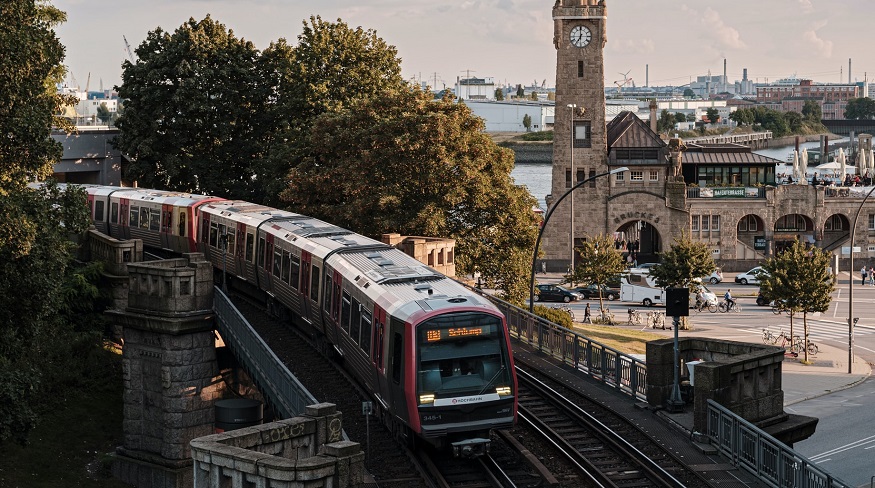 The two companies are working together to develop H2 powered fuel cell locomotives.

Deutche Bahn and Siemens Mobility have partnered up on the development of local hydrogen trains that will be trialled in 2024. The partnership will also involve the construction of a filling station that will begin operation in that same year.

The goal is to help replace the diesel engines that are currently operating on German rail networks.

Siemens will be behind the construction of the prototype for the local hydrogen trains. The design will be based on the Mireo Plus electric railcar model. That said, it will be equipped with H2 fuel cells that will use the renewable energy source to generate electricity. It will be backed up by a battery, said both companies.

Michael Peter, Siemens Mobility CEO, explained that the locomotive opened up the potential for using three sources in a modular system. In this way, it could be powered by the fuel cell, the battery, or even overhead lines, depending on where the train in question was running, according to a Reuters report.

The local hydrogen trains are promising in Germany where much of the rails aren’t electrified.

In fact, Deutsche Bahn, the German railway operator, has stated that of its 33,000-kilometer long rail network, about 40 percent is not electrified. As a result, it uses about 1,300 diesel locomotives, which burn fossil fuel and add to greenhouse emissions.

According to both German and European Union climate targets, rail transportation is required to decarbonize over the long term.

“Our hydrogen trains are able to replace diesel-fuelled trains in the long term,” explained Peter.

The new H2 powered train prototype requires only 15 minutes for refuelling, has a top speed of 160 kilometers per hour, and boasts a range of 600 kilometers.

The testing for the local hydrogen trains will take place along the rails from Tuebingen, to Horb and Pforzheim in the German state of Baden Weurttemberg. The companies are looking to appeal to regional network operators that typically re-order 10 to 50 train lots at a time, said Peter. “We see a market potential of 10,000-15,000 trains in Europe that will need to be replaced over the next 10-15 years, with 3,000 alone in Germany.”