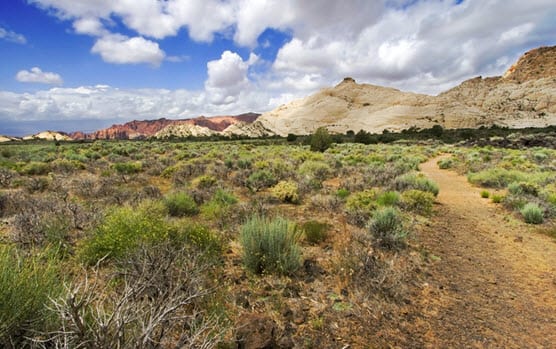 Solar and wind energy are gaining momentum in the U.S., but their progress is being hindered by the availability of land. While both forms of energy are becoming more popular, they are often criticized for their excessive use of land. Large amounts of land are required for both solar and wind energy systems to be capable of producing enough electricity to be considered viable alternatives to fossil-fuels. As it stands, the U.S. may not have enough land available for expansive energy projects. The Environmental Protection Agency (EPA) and Department of Energy (DOE), however, believe that there may be a solution to the land shortage.

The U.S. is home to large expanses of “contaminated land.” The EPA considered this land contaminated because of the presence of nuclear, chemical, or other harmful contaminants. Because of its status, this land cannot be home to conventional projects, but could serve as a host to unmanned alternative energy projects. The EPA and DOE have announced the release of a number of new tools that are meant to be used by local communities in order to evaluate the renewable energy potential of these patches of contaminated land.

Contaminated land may be home to large amounts of untapped electricity

The EPA estimates that there are currently more than 15 million acres of contaminated land nationwide. The DOE believes that this land presents significant opportunities to alternative energy companies that specialize in wind and solar power. The EPA shares this sentiment, considering the contaminated land could yield untold amounts of electricity. This electricity could be used to power homes and businesses around the country.

California to play host to EPA and DOE initiative

California will serve as host for the pilot project from the DOE and EPA. Landowners in the state that are participating in the project will receive the examination tools and evaluate the energy potential of contaminated land throughout the state. This data will be compiled by the National Renewable Energy Laboratory, which will determine the value of establishing new wind and solar energy projects in these locations and submit recommendations to the DOE and EPA.