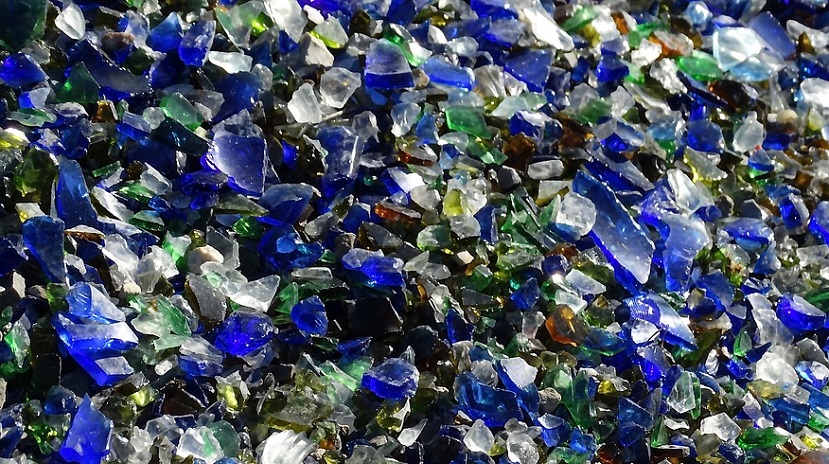 Not as much glass is recycled as you might think.

Glass waste may not seem like an issue because most glass is recycled, right? Unfortunately, that’s not always the case. The surprising reality is that a lot of glass isn’t recycled and winds up in landfills. This is particularly true of broken glass, contaminated glass containers and small fragments that are difficult to sort. Now, Australian scientist at Deakin University have discovered through new research that glass refuse could be turned into concrete that is stronger and cheaper than traditional concrete material.

Ground up glass is used in the concrete-making process instead of sand.

The research team, led by Dr. Riyadh Al-Ameri, took various pieces of non-recyclable glass, ground them up into a coarse powder, and then used this powder as an aggregate in polymer concrete in place of the sand that’s typically used.

When tested, the glass-based polymer concrete was found to be far stronger than the conventional sand-based version.

Moreover, due to the fact that sand must be mined, washed and graded, the researchers came to the conclusion that using ground glass resulted in less concrete production costs. Additionally, it has been predicted that there will be a shortage of the sand that is typically used to make concrete. However, with so much glass waste around, this might not be a problem.

Glass waste can also be transformed into a concrete sealant.

Deakin University isn’t the first educational institution to explore the possibilities of recycling glass into concrete. Earlier this year (2019), the University of Queensland announced that they had discovered a method of rendering non-recyclable glass into liquid silicate. This liquid could then be used in applications, including a concrete sealant.

As for the Deakin University researchers, Al-Ameri said that the research provides the evidence that the construction industry requires to see the potential of glass as an alternative for sand when making polymer concrete and even potentially concrete.

“Worldwide, the construction industry represents six per cent of global GDP, according to the World Economic Forum. Concrete is a major construction material and sand is one of its primary components, so finding an alternative to sand makes good economic sense,” Al-Ameri said in a Deakin University media release.

The next step of in Deakin’s glass waste concrete research is to look at substitutes for the aggregate in polymer concrete, optimizing the substitution rate, assessing durability and commercializing the new product.