Troops deployed overseas or in other remote areas of the world in need of fuel may be able to create it themselves in the near future.

The U.S. Army is looking to convert Jet Propellant 8 (JP-8) into hydrogen fuel for fuel cell applications, on the spot. 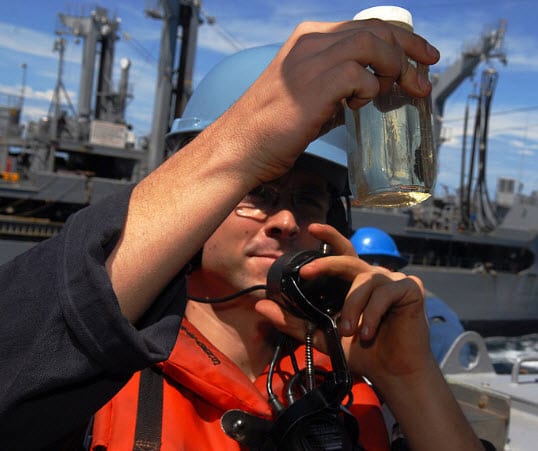 JP-8 is a jet fuel that is used by the US military. It is similar to Jet-A, which is used in commercial aviation. JP-8, however, is used for more than just jet fuel.

With the Department of Defense’s one-fuel policy, JP-8 is used as fuel for heaters, tanks, and stoves, while also powering aircraft. In addition, it is used as diesel replacement for the fuel used in electric generators and almost all tactical ground vehicles, and it also us used as a coolant in engines and other components of aircraft.

The Problems with JP-8

JP-8 isn’t without its problems. The resupply chain it requires can be problematic in terms of logistics. In addition, JP-8 is delivered by protected convoys, which mean the costs go up to pay for the protection.

Seeing as many times different units within the US Military end up in countries overseas with little to no infrastructure, coming up with a high-efficient fuel cell system to reduce the costs associated with logistics makes sense as a way to cut costs.

To put it in perspective, a gallon of JP-8 costs around $15. However, after the costs of logistics and protection factor in, the cost goes up to hundreds of dollars per gallon. Creating JP-8 on the spot cuts down on costs dramatically, but scientists are struggling with finding a way of ridding the fuel of its organic sulfur compound.

Hoping to Find a Match

Since 2009, scientists have tested more than 300 different combinations of materials hoping to find some mix that would work well with the sulfur in the JP-8 fuel cell, but have yet to find a match.

While finding a solution to the problem could take years, the ability to create hydrogen fuel anywhere, anytime would be a game changer for not only the US Military, but the world.

Dana Rasmussen writes about energy trends, social media, and how to remove personal information from the Internet.