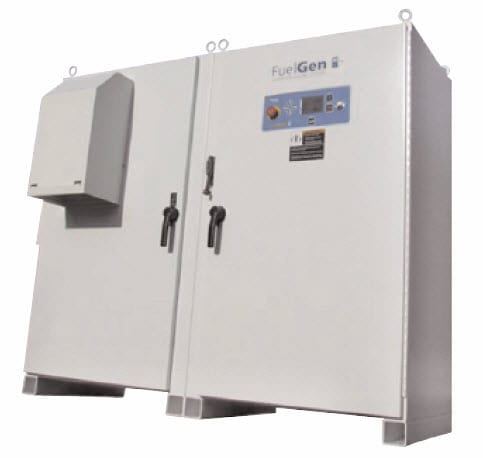 Proton OnSite, a leading developer of gas generators and energy systems, has been making significant progress toward its goal of making hydrogen fuel production less expensive. The company has become a staunch advocate of hydrogen fuel as a storage medium for other forms of energy. As such, Proton OnSite has been working to improve its line of electrolyzers in order to make hydrogen fuel production a less costly endeavor. The company has announced significant success in this venture.

Proton OnSite has successfully reduced the production costs of its electrolyzer technology by 40%. This was accomplished by reducing the amount of parts and materials used in the development of these technologies. These technologies typically use expensive materials, such as platinum, in order to produce hydrogen fuel. These materials make electrolyzers exceptionally expensive, which significantly detracts from their allure in the global energy market, despite the acclaim hydrogen fuel often receives.

New technology could hit the market in 2014

In succeeding to reduce the cost of electrolyzer production, Proton OnSite expects that it can introduce an economically viable, large-scale proton exchange membrane (PEM) electrolyzer to the market by 2014. This less costly brand of electrolyzer is expected to be used to produce hydrogen fuel through the use of renewable energy. Electrical power generated by wind, solar, or other clean energy systems will be converted into hydrogen. This hydrogen can then be used to produce electricity or stored for future purposes.

Hydrogen fuel as a storage method is gaining traction

The concept of storing renewable energy as hydrogen fuel is becoming more popular in the global market. Storage has long been a problem facing the world of renewable energy, largely due to issues concerning efficiency. Hydrogen could be an adequate solution to this problem, as it can be used to efficiently produce on-demand electrical power with little to no loss in the process of converting renewable energy to hydrogen gas.