Hydrogen fuel production may soon be much less expensive

HyperSolar, a developer of hybrid technology that uses sunlight to generate hydrogen, has announced that it has reached a significant technological milestone. The company has been making strides in the efficient production of hydrogen fuel, leveraging the power of the sun to accomplish this process. Hydrogen production is becoming an issue that requires serious attention and conventional production methods may no longer be viable if hydrogen is meant to serve as a suitable alternative for fossil-fuels.

Current hydrogen production methods are both expensive and inefficient

Conventional hydrogen production is an expensive and energy intensive process. Typically, the energy needed to produce hydrogen in any significant amounts comes from fossil-fuels, such as natural gas. This makes hydrogen less environmentally friendly than it is often portrayed. Finding ways to produce hydrogen in an environmentally friendly, inexpensive, and efficient way has become a priority for many organizations that are interested in renewable energy. 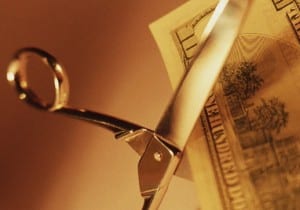 HyperSolar has successfully eliminated the costly hydrogen-oxygen separation process, which could lead to significantly less expensive hydrogen production. Artificial photosynthesis technology, which is used to produce hydrogen from sunlight, generates hydrogen and oxygen bubbles in the same reactor. As hydrogen and oxygen mingle, they form a volatile mix and must be separated quickly in order to avoid any unnecessary risks. Conventional gas separation technology is capable of doing this, but this technology makes use of expensive materials.

HyperSolar has developed a new reactor that uses the company’s polymer materials and a solar cell. The reactor is able to generate electrical power from sunlight, using this energy to split water into hydrogen and oxygen. These gases are separated by the reactor’s materials, preventing them from mixing with one another without the use of expensive gas separation technology. If this reactor can be successfully commercialized, it could be a major benefit to the world of hydrogen fuel.