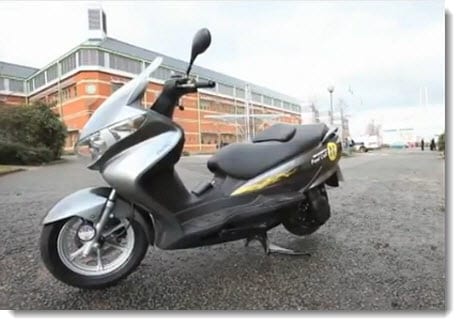 China may soon be inundated with a tide of hydrogen scooters as the Ministry of Economic Affairs (MOEA) announces that hydrogen-powered scooters and motorcycles live up to the country’s reliability and safety standards. Thus far, scooters are in the majority concerning compliance with the country’s standards. MOEA notes that several companies have managed to manufacture hydrogen scooters that surpass these standards, thus making these vehicles ready for mass production and deployment.

Standards needed for the global adoption of hydrogen transportation

MOEA is currently working to assist in the establishment of global standards concerning hydrogen scooters and motorcycles. These standards are expected to ensure that such vehicles are both safe and reliable for transportation and pose no serious threat to consumers. Other countries, particularly those in Europe, have taken an interest in establishing such standards due to the growing popularity of hydrogen transportation. Similar standards already exist for larger passenger vehicles, such as sedans and SUVs, but are largely absent from the smaller vehicle space.

Fuel cells gaining traction in their competition with batteries

Hydrogen fuel cells are beginning to beat out lithium-ion batteries in terms of transportation. These energy systems can potentially produce more electrical power and are often more durable and reliable. Fuel cells can also operate for longer periods of time and propel vehicles further distances before needing to be refueled. In countries with strong industrial complexes, such as China, hydrogen scooters and motorcycles could see a great deal of success.