Automaker will be developing a new all-electric SUV

Automakers are beginning to feel pressure to develop and deploy more clean vehicles. Many countries have adopted new emissions regulations, which calls for the emissions that vehicles produce to be cut by a significant margin. In order to comply with these regulations, automakers have begun to focus more heavily on using batteries and hydrogen fuel cells when developing their vehicles. South Korean automaker Hyundai has plans to develop more electric vehicles in order to establish a stronger position in the clean transportation space.

Hyundai is planning to launch a new all-electric SUV, which will be powered by a  lithium-ion battery system. According to the automaker, the vehicle will have a range of over 200 miles. The company plans to launch this vehicle within the next two years and believes that it will thrive due to the popularity of clean vehicles and the expansive energy infrastructure that electric vehicles have access to. The new vehicle will join Hyundai’s other clean cars, further expanding the company’s clean transportation portfolio.

Hyundai continues to perform well in the clean transportation space 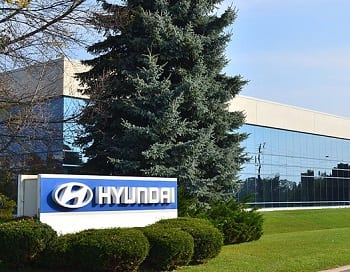 The automaker has history with clean vehicles, having developed battery electrics as well as those powered by hydrogen fuel cells. Hyundai has shown significant interest in fuel cell technology, which can be used to power vehicles without also producing harmful emissions. When compared to batteries, hydrogen fuel cells are considered more efficient and capable of producing electrical power. These energy systems, however, do not have the support of a comprehensive infrastructure, making fuel cell vehicles more difficult to fuel than their conventional counterparts.

Hydrogen fuel cells remain important to Hyundai, but automaker will continue to develop other clean vehicles

While Hyundai believes that hydrogen fuel cells are important for the future of the auto industry, the company will not be focusing exclusively on these energy systems. Instead, it will also be embracing battery technology as a way to power clean vehicles. In the coming years, Hyundai is expected to compete with other automakers that are also becoming heavily invested in the clean transportation space.