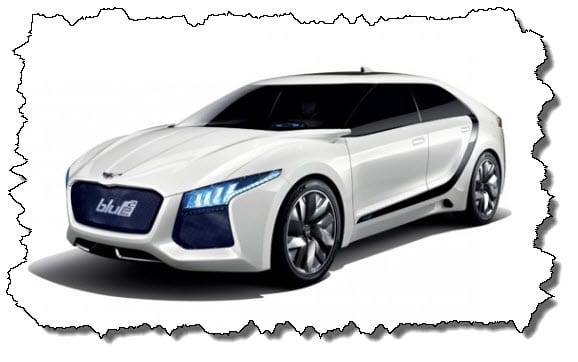 Hyundai stunned audiences this week at the Seoul Motor Show by unveiling their new concept car: The Blue2 FCEV Concept.

The manufacturer showcased their plans for the hydrogen powered vehicle to much fan fare. The Blue2 aims to incorporate the latest developments in hydrogen fuel cell technology. There has been a lot of buzz around hydrogen fuel recently, much of which has been generated by promising advances in the commercialization of fuel cells.

Like any concept car, the Blue2 is designed more for form rather than function. As such, the vehicle is built from costly alloys and other materials to give it a sleek, chiseled visage. Hyundai says that the fuel cell the car uses, however, is no different than what they plan to use with their commercially produced vehicles. This new concept car comes as Hyundai begins to make sweeping changes to the way they make cars.

They hope to begin making cars that make use of futuristic technologies without a futuristic timeline.

Given growing concerns over the environment, many car manufacturers are facing strict requirements demanding that they produce safe, fuel efficient vehicles that make use of alternative fuels. Several methods have been experimented with, but none has sh4own the promise on par with hydrogen. Until recently, the viability of hydrogen fuel cells has been widely considered a far-off goal. New technologies are lowering the cost of producing the fuel cells as well as making them safer and more reliable. The last step in making hydrogen power a reality, according to Hyundai and other car manufacturers, is the establishment of a sufficient infrastructure.