Drivers take the ix35 to a new milestone in Germany

Hyundai’s fuel cell vehicle, the ix35, has reached yet another major milestone that shows its potential as one of the most efficient vehicles the world has seen. Two drivers, Arnt-Goran Hartvig and Marius Bornstein, have put the vehicle to the test, determining how long the ix35 can travel on public roads in Germany. The test was meant to showcase how the vehicle would operate in everyday conditions and the drivers covered a rout of 186 miles between two hydrogen fuel stations.

The test aimed to reveal how many times the ix35 could make the 186 mile trip in a 24 hour period. Notably, the drivers were able to spend the majority of their time on the road, as the ix35 can be fueled in under three minutes time. By the end of the 24 hour trip, the drivers had covered a total of 1,480.73 miles. The fuel cell vehicle proved to be highly efficient and practical. The test may provide some insight into how fuel cell technology can be used to improve transportation.

Hyundai continues to set records with its fuel cell vehicle 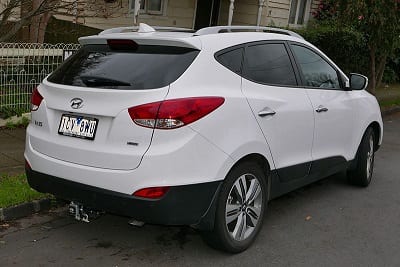 Last year, both drivers set another record with the ix35, showing off the prowess of the fuel cell vehicle. They drove the vehicle from Oslo, Norway, to Monaco, traveling more than 435 miles on a single tank of hydrogen fuel. The pair only refueled the vehicle at hydrogen fuel stations that had already been built along the 1,404-mile route between the two points.

Hyundai has been aggressively promoting the capabilities of its fuel cell vehicle for some time. The vehicle is equipped with a hydrogen fuel cell, which consumes hydrogen in order to produce electricity. There are no emissions generated as a result of this process, making fuel cell vehicles environmentally friendly. One problem, however, is that these vehicles are considered inordinately expensive, which may limit their appeal to consumers that are interested in clean transportation.