Southern California Edison, one of California’s largest utilities, has made a significant deal regarding energy production and storage. Per the deal, the Californian utility has purchased some 2,221 megawatts of electrical power produced by various energy resources located throughout the state. The utility has also purchased 250 megawatts worth of energy storage capacity from several organizations, representing the largest purchase of its kind made by a utility in California.

Notably, a significant portion of the energy that Southern California Edison has purchased is coming from natural gas. This energy is meant to offset the gap in power production created by the closure of the San Onofre Nuclear Generating Station. This natural gas will also replace some of the utility’s more outdated resources. The natural gas will be used alongside new technology that is more environmentally friendly than older gas technology. 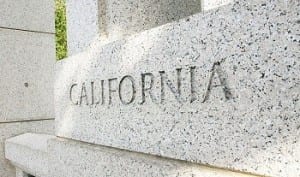 The 250 megawatt energy storage purchase from Southern California Edison comes from four companies that have offered promising new storage technology. AES, an energy storage system developer, will be providing the utility with some 100 megawatts worth of storage capacity. This may help introduce more stability to the state’s energy infrastructure and provide the state with a way to store electrical power more efficiently in the future. Other companies will be handling the remainder of the energy storage capacity purchased by Southern California Edison.

Navigant Research, a market research firm, calls the deal made by Southern California Edison “staggering.” The firm suggests that the energy storage purchase, in particular, represents the largest storage deal that a utility has made. This deal was spurred ahead by new energy storage regulations being introduced in California. These regulations are holding the state’s utilities to a higher storage standard and ambitious deals concerning energy storage and production may become commonplace in the near future.