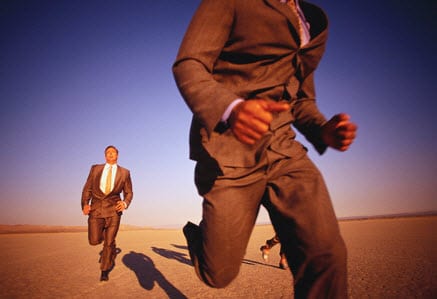 Hydrogen fuel may have a chance against batteries thanks to the growing availability of natural gas. The U.S. has undertaken a mammoth endeavor to extract shale gas from deep within the earth through a process known as fracking. Fracking has become a controversial practice, sometimes being accused of causing earthquakes and damaging ecosystems. The process produces natural gas, however, a simple fact that has won hydrogen fuel the support of the Department of Energy.

Secretary Steven Chu, head of the Department of Energy, has made no secret of his unbelief in the prospects of hydrogen fuel. When Chu came into office, he declared hydrogen fuel cells to be a distant future solution for an immediate problem. Advances in fuel cell technology over the past two years have managed to change the secretary’s mind as he has been exposed to more efficient and powerful fuel cell systems. Natural gas has managed to win hydrogen fuel a great deal of support from the country’s energy agency.

Hydrogen fuel cells generate electricity by burning hydrogen gas. This hydrogen is produced through a chemical process, which itself requires electricity in order to occur. For most conventional fuel cells, this electricity is provided through the burning of fossil-fuels. Natural gas can serve as a substitute, however, making fuel cells more carbon neutral than they had been in the past. Fracking has increased the availability of natural gas, which has, in turn, reduced the price of the fuel considerably.

Chu, and the Department of Energy as a whole, is not keen to mention fracking as a major factor in the energy agency’s support of hydrogen fuel due to the controversial nature of the practice. Chu has, however, recently noted that natural gas, along with technological advances made to fuel cells, have change his mind concerning hydrogen as an energy. As such, the Department of Energy expects to continue its support for hydrogen-based projects well into the future. One question continues to nag Chu, however, and that is whether or not powerful and efficient fuel cells can be widely used by 2022.