Researchers from Finland’s Aalto University have successfully developed a new catalyst that can be used in fuel cells. The catalyst is meant to serve as an alternative to platinum catalysts that are quite common in fuel cell energy systems. Conventional catalysts are notoriously expensive, because they are made from platinum, and this affects the total cost of a fuel cell system. By replacing platinum, fuel cells can be more affordable and attractive to those interested in renewable energy.

The new catalyst developed by the research team is comprised of iron and carbon, which means that it is significantly less expensive than catalysts made from platinum. According to researchers, the new catalyst is as efficient as those that use platinum, which is a major success in the field of fuel cell research. In order to produce the catalyst, the research team developed a new manufacturing process that allowed them to make use of inexpensive materials.

Carbon nanotubes, graphene, and iron make up the catalyst 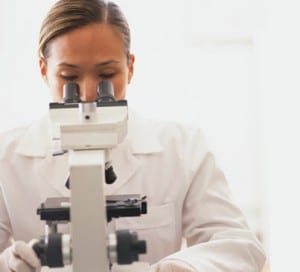 Carbon nanotubes are used for much of the catalyst’s structure, providing much needed support. This material can also conduct electricity extremely well, making an ideal tool for catalyst development. The nanotubes are applied to the catalyst’s iron structure, which is covered with graphene. The manufacturing process can be completed in one stage, making it highly efficient and significantly less expensive process when compared to conventional catalyst manufacture.

Better catalysts could reduce the costs associated with fuel cells

Finding ways to reduce the costs associated with fuel cells has become quite important. These energy systems are gaining popularity throughout the world and are being used to power clean vehicles and even homes. The problem, however, is that they are very expensive, and their high cost has limited their adoption. Less expensive catalysts could solve this problem, to some degree, and help make fuel cells more attractive to consumers and businesses that want to embrace renewable energy.