The Taiyo Nippon Sanso Corporation, a producer of industrial gases, has announced that it has developed a new hydrogen fuel station that is both compact and can produce inexpensive hydrogen gas. The station is called The Hydro Shuttle and is meant to provide fuel for hydrogen-powered vehicles. These vehicles are expected to enter the global market beginning in 2015 and will require strong infrastructure support if they are to become successful.

The Hydro Shuttle is equipped with a dispenser, a pre-cooling device, and various other technologies that are compacted in order to take up as little space as possible. The station’s component parts are all incorporated into a single unit, reducing the costs associated with installations and the manufacture of the technologies it uses. The station is capable of dispensing hydrogen fuel at 700 bar pressures, which is the standard for most hydrogen-powered vehicles that will enter into the market in the coming years. 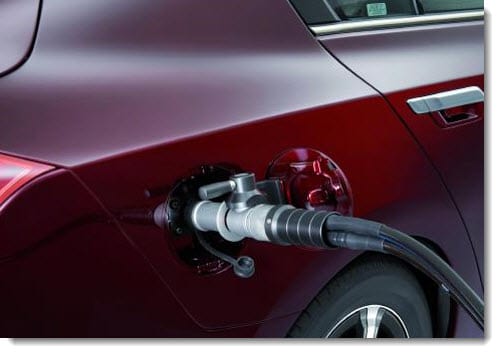 Infrastructure is considered one of the last challenges facing the success of hydrogen transportation. Researchers around the world have made strides in improving fuel cell technology, making these energy systems more efficient and less expensive. A new generation of fuel cells that do not make use of platinum is beginning to dawn. Platinum is being replaced with less expensive materials, such as cobalt, and fuel cells are able to perform well with platinum-free catalysts. Infrastructure remains sparse, however, which could make the launch of hydrogen-powered vehicles somewhat turbulent.

Limited infrastructure may lead to slow adoption of hydrogen-powered vehicles